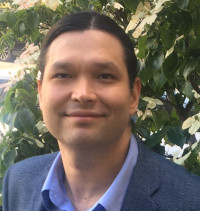 Anthony Gregory (born 3 January 1981) is a libertarian writer and American historian. Gregory has published two books and has contributed content to The Huffington Post, Center for a Stateless Society, The Libertarian Standard, the Future of Freedom Foundation and Mises Daily. He also maintains his writings on his personal website. Gregory is currently a doctoral candidate in history at the University of California, Berkeley. He is also a research fellow at the Independent Institute, a libertarian think tank in the United States.

Anthony Gregory, a postdoctoral research associate at Brown University’s Political Theory Project, is an intellectual and policy historian of the American state. He earned his PhD in History at the University of California Berkeley, where he trained as an Americanist studying politics and law. Gregory is the author of multiple academic publications on national security, constitutionalism, and legal theory and is currently working on modern American liberalism and criminal justice, particularly on how the New Deal war on crime legitimated and transformed U.S. governance.

Anthony Gregory is a former Research Fellow at the Independent Institute and the author of the Independent book, The Power of Habeas Corpus in America: From the King's Prerogative to the War on Terror ..., winner of both the PROSE Award for Best Book in Law and Legal Studies ... and the Silver Medal IPPY Award for Best Book ... His articles have appeared in The Atlantic, Washington Times, Bloomberg Business Week, Christian Science Monitor, ... Huffington Post, The Daily Caller, American Conservative, Counterpunch, Human Events, Reason, Antiwar.com, The Independent Review, and Journal of Libertarian Studies.

Truman, A-Bombs, and the Killing of Innocents, by Sheldon Richman, The Goal Is Freedom, 9 Aug 2013
Written on the 68th anniversary of the atomic bombs dropped on Nagasaki, discusses whether the bombing and that of Hiroshima were really necessary and whether they should be considered war crimes

The U.S. has committed mass terrorism since [1945] ... Back in the day the U.S. would drop tons of explosives, knowing that thousands would die in an instant. In today's wars, it drops explosives and then pretends it didn't mean to kill the many civilians who predictably die in such acts of violence ... The bombings of water treatment facilities and sanctions on Iraq in the 1990s deliberately targeted the vulnerable Iraqi people. Once the type of atrocities the U.S. committed in World War II have been accepted as at the worst debatable tactics in diplomacy, anything goes.

Aaron Russo's extremism in defense of liberty, Rational Review, 18 May 2004
Compares the pluses and minuses of the major 2004 Libertarian Party presidential candidates and explains why he endorses Russo

I've wanted to write an endorsement of my favorite LP presidential candidate for a few months now. I've had trouble publishing such an endorsement on several web pages, because many editors steer away from anything too partisan, mostly due to the oppressive campaign finance laws that make it a crime for non-profit, tax-exempt political groups to endorse political candidates ... maybe, if Aaron Russo wins the nomination and has his chance to speak in front of the American people, the next generation of Americans will live in peace, and will flagrantly take their liberties for granted the way so many of us have most our lives.
Related Topics: Michael Badnarik, Libertarian Party, Liberty, Voting, War
Bush's Secret Surveillance State, 26 Dec 2005
Discusses the actions of the Bush administration before and after the New York Times disclosed that secret, warrantless wiretaps were and are being conducted, on both domestic and international calls and emails

The Bush administration appears to consider public knowledge of its illegal surveillance of American citizens to be more dangerous than the surveillance itself. On December 16, 2005, the New York Times reported that President Bush has been secretly ordering the National Security Agency to spy on American citizens within the United States without first getting judicially issued warrants. ... A government that spies on its own people must be in turn be watched even more carefully by those people. And a government that does not trust the people to know about its spying cannot itself be trusted.
Related Topics: George W. Bush, Government, Right Against Unreasonable Searches and Seizures
Don't Privatize Plunder, 22 Sep 2004
Criticizes George W. Bush's plans to "privatize" Social Security, discussing the regressive aspects of it, how many older, even "free market" thinkers want to keep it afloat, and instead recommends scrapping it entirely by gradually reducing payroll taxes

George W. Bush wants to "reform" and "fix" Social Security, and "privatize" aspects of it. Certain "free market" groups seem to like this idea, while admitting that "these reforms are costly" and may entail "transition costs... from $7 trillion to $8 trillion total before the transition is completed in mid-century." ... Am I selfish? Perhaps. But only because I think we should cut taxes for the rich and for everybody, maybe even starting with the tax that attacks the wage earner who has to work almost all of Monday just so Bismarck's and FDR's vile progeny can feel like they're being compassionate.
Related Topics: Government, Social Security Tax, Taxation
The Drug War's Immorality and Abject Failure, Future of Freedom, Jul 2006
Discusses how drug use differs from criminal, property-rights violations, the justifications for the drug war and the many areas where it has had detrimental effects on society: inner cities, rule of law, foreign relations, etc.

If the idea is to create a drug-free America, then we can safely say that after hundreds of billions of dollars spent, millions of arrests, and decades of escalating police and military efforts, the war on drugs is a complete failure. The reason is clear if you think about it. The attempt to use government force and central planning ... is a ridiculous fantasy ... Americans may not think they're ready to end the drug war, but the immoral crusade is doomed to fail. The sooner we recognize this, the sooner we can begin the process of restoring the precious American freedoms that have been eroded in this very evil war.
Related Topics: Children, War on Drugs, Economics, Personal Responsibility, Prohibition, Rights, Right Against Unreasonable Searches and Seizures, Socialism
Exploiting the Workers, 14 Apr 2006
Discusses the attitudes of progressives and the "left", who usually favor the rights of workers, but show little or no concern of the exploitation of workers by income taxation

Every year the average American worker confronts the federal government in a more disturbingly intimate manner than during any other so regularly and widely experienced encounter. On April 15, Americans must pay tribute to the state on the basis of their income ... As for the working class, every tax day the libertarian side of each wage earner emerges anomalously like the Groundhog ... I get the feeling from news of Mr. Bush's declining popularity that this year in particular the people will be enraged by the humiliation of filing those forms, that insult of procedure added to the injury and exploitation of taxation.
Related Topics: Government, Republican Party, The State, Taxation
Independence Day Propaganda, 4 Jul 2011
Argues that the American Revolution, albeit of a libertarian flavor, had several unsavory shortcomings both before and after 4 July 1776

Libertarians often insist Independence Day is really our holiday, which statists have no right to celebrate with a straight face. But perhaps this whole approach is misguided. Maybe the lovers of freedom should be the ones loath to bring out the fireworks ... those who support the federal government's domestic ambitions and foreign occupations while waving the flag on Independence Day are only as hypocritical as the colonists who tarred and feathered their antiwar countrymen in the name of liberty ... or the Father of our Country who started an unnecessary ... war and then led a revolution in refusal to pay the bills for it.
Related Topics: American Revolutionary War, Canada, Conservatism, United States Declaration of Independence, Holidays, Imperialism, Thomas Jefferson, Libertarianism, Taxation, United Kingdom, George Washington
The Myth of War Prosperity, Part 1, Future of Freedom, Dec 2006
Introduction to the review of Depression, War, and Cold War: Studies in Political Economy (2006) by Robert Higgs

During the run-up to the Iraq war, along with all the other myths circulating about U.S. foreign policy, economic misconceptions abounded. Some suggested the war might be generally good for the American economy. ... Surveying such policies as antitrust, tax law, and labor regulation, Higgs shows that while "Roosevelt, we now know, never became a dictator along the lines of his contemporaries Stalin, Mussolini, and Hitler ... the possibility that the United States might undergo an extreme regime shift seemed to many investors in the late 1930s and early 1940s not only possible, but likely."
Related Topics: Broken Window Fallacy, Government, Robert Higgs, War, World War II
The Myth of War Prosperity, Part 2, Future of Freedom, Jan 2007
Main part of the review of Depression, War, and Cold War: Studies in Political Economy (2006) by Robert Higgs

So the New Deal was far from a success. But most conservatives and even many leftist scholars will concede this; they simply adopt a different, and even more widely accepted fallacy, the one of "war prosperity," which Higgs canvasses in chapter 3 ... The broken-window parable and similar wisdom are necessary to our understanding but not sufficient for winning the intellectual and ideological struggle to reclaim our freedom from the warfare state. We also need hard facts and deep analysis if we are ... to defeat the deceptions obscuring leviathan and preserving the military establishment.
Related Topics: Cold War, Government, Militarism, Military Industrial Complex, Unemployment, World War II
Swift Boat Censorship, 8 Sep 2004
Examines the Bush-Kerry controversy over Swift Boat Veterans for Truth ads and Bush's advocacy of campaign finance reform to censor political ads

The recent hot topics of American politics — John Kerry’s service in the Vietnam War, whether he lied about it, the Swift Boat Veterans for Truth ads claiming that he lied, and George Bush’s reaction to those ads — seem to have come right out of an alternate dimension ... Political ads are a form of speech protected by the First Amendment, and laws that regulate and restrict them are an affront to freedom of speech. Now that they hold the reins of power in Washington, D.C., they have ... decided to embrace this odious type of censorship. This is bad for an honest political process, bad for liberty, and bad for America.
Related Topics: George W. Bush, Politics, Freedom of Speech
Two-dimensional libertarianism, Rational Review, 30 Sep 2004
Questions the usefulness of the two-dimensional Nolan Chart and the World's Smallest Political Quiz and advocates instead a one-dimensional liberty vs. power spectrum

Sometimes I wonder about that two-axis chart — which illustrates differences among liberalism, conservatism, libertarianism, and authoritarianism on questions of 'personal' and 'economic' liberties — and whether it is really the best way to present libertarianism to new people. I first saw the chart when I was about 14, by which point I already considered myself fairly libertarian ... Especially in these times of war, outreach tools should reflect the foreign policy question. ... in the end, it's liberty vs. power, and we should be three-dimensional libertarians on the proper side of this one-dimensional, but more precise, spectrum.
Related Topics: Right to Keep and Bear Arms, Economic Freedom, Libertarianism, David Nolan, War

The introductory paragraph uses material from the Wikipedia article "Anthony Gregory" as of 6 Jun 2018, which is released under the Creative Commons Attribution-Share-Alike License 3.0.