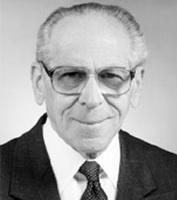 Thomas Stephen Szasz (15 April 1920 – 8 September 2012) was a Hungarian-American academic, psychiatrist and psychoanalyst. He served for most of his career as professor of psychiatry at the State University of New York Upstate Medical University in Syracuse, New York. A distinguished lifetime fellow of the American Psychiatric Association ana life member of the American Psychoanalytic Association, he was best known as a social critic of the moral and scientific foundations of psychiatry, as what he saw as the social control aims of medicine in modern society, as well as scientism. His books The Myth of Mental Illness (1961) and The Manufacture of Madness (1970) set out some of the arguments most associated with him.

Szasz maintained throughout his career that he was not anti-psychiatry but was rather anti-coercive psychiatry. He was a staunch opponent of civil commitment and involuntary psychiatric treatment but believed in, and practiced, psychiatry and psychotherapy between consenting adults.

His views on special treatment followed from libertarian roots, based on the principles that each person has the right to bodily and mental self-ownership and the right to be free from violence from others, although he criticized the "Free World" as well as the communist states for their use of psychiatry.

This article is derived from the English Wikipedia article "Thomas Szasz" as of 10 Jul 2018, which is released under the Creative Commons Attribution-Share-Alike License 3.0.