Thomas Szasz - Hero of the Day 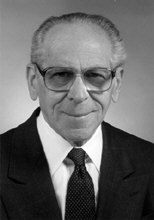 There is no question that, as regards psychiatry and psychology, Szasz is the great advocate of the principle of voluntary exchange, the rule of law, and the open society. But in the course of struggling for some thirty years on behalf of these libertarian ideas in a field virtually monopolized by the purveyors—and beneficiaries—of collectivist ideologies, Szasz has achieved nothing less than a Copernican revolution.

He begins by attacking the central and controlling metaphor of the psychiatric establishment—the concept of "mental illness" itself. He demonstrates how this much abused metaphor distorts our understanding of human action and enables the dehumanization of the individual to whom it is applied. Now human action, inherently imbued with intentionality and meaning, is conceived as a process, akin to pathological bodily processes and ruled by mechanical cause and effect. The personhood of the "mentally ill" individual is negated, and he is relegated, conceptually, to the category of a thing.

This reassignment of categories is momentous, often even a matter of life and death. As Szasz writes: "In the animal kingdom, the rule is, eat or be eaten; in the human kingdom, define or be defined." When the psychiatric doctrine is backed up by the police power of the state (it could have no effective social basis otherwise), then the legal rights of the "sick" individual are likewise annulled. He becomes a "patient" upon whom any and all of the "cures" of the mad-doctors may be visited. Not the least of Szasz's accomplishments, incidentally, is having opened a door on to the torture chamber that is the history of institutional psychiatry.

In several of his books, Szasz has shown how the "mentally ill" are simply another instance of the age-old practice engaged in by societies to enhance their cohesion at the cost of individual dignity and rights—the scapegoating of stigmatized groups. In this way, he has added a rich social-psychological dimension to the story of the eternal conflict of Liberty and Power.

Tracing the ramifications of the initial philosophical dehumanization throughout our present-day culture comprises much of Szasz's work. His targets range from influential pop-writers like Masters and Johnson and Ann Landers to the distinguished "experts" from the prestigious universities who appear in court to exculpate killers. This last area, of psychiatry and criminal justice, is one that Szasz has particularly made his own, forcefully arguing against the use of the "insanity defense." Szasz's point is that respect for personhood requires ascribing responsibility to the individual, including the individual who may wish to evade such responsibility by calling upon a psychiatric "hired gun." This alone makes it clear that his position must not be assimilated with that of the "left-wing" critics of psychiatry, such as R.D. Laing. Szasz's aim is to reestablish the human status of psychiatry's victims, not to privilege or glorify them.

It should be obvious that Szasz's works involve powerful ideas at a high level of abstraction. Yet, the reader who ventures on to one of his books for the first time is likely to be struck by its clarity. He attempts not to bully through calculated confusion, but to address and enlighten rational minds.

Against the current of a culture that would deny it, Szasz restores the human world of purpose and choice, of right and wrong.