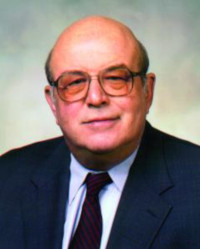 Ralph Raico (23 October 1936 – 13 December 2016) was an American libertarian historian of European liberalism and a professor of history at Buffalo State College.

Ralph Raico is originally from New York City. He received his B.A. from the City College of New York and his Ph. D. from the University of Chicago. He attended the Ludwig von Mises's Seminar at NYU and translated Mises's Liberalism. He is the Editor of the New Individualist Review and a Senior Editor of Inquiry Magazine. Among Ralph Raico's recent publications are the introduction to the 50th-anniversary edition of John T. Flynn's 'The Roosevelt Myth' and the essay on World War I in the second, paperback edition of 'The Costs of War', edited by John V. Denson ...

Professor Raico was a 17-year-old high school student when he first knocked on Ludwig von Mises's door. He studied economics at Mises's famed New York seminar, learned German upon his advice, and translated Mises's Liberalism into English. Raico became a close friend and colleague of Murray Rothbard, and took his PhD ... under the tutelage of F.A. Hayek ... Raico thinks and writes within the historical tradition of the French classical liberals, Acton, Mises, and Rothbard. His work exhibits not only a mastery of historical fact and the existing literature on whatever subject with which he concerns himself.

Ralph Raico
Includes picture, overview and links to his articles

Ralph Raico (1936-2016) was an American libertarian historian of European liberalism. He was formerly a professor of history at Buffalo State College.
Ralph Raico - Online Library of Liberty
Includes overview and links to Raico's works

Raico is a professor of European History at the State University of New York, Buffalo.

As related by Raico, Grinder, and Hart, Comte and Dunoyer were influenced by the ... French liberal economist J.B. Say ... As both Hart and Raico point out, Comte and Dunoyer also absorbed much from another great liberal, Benjamin Constant ... Raico has also pointed out that liberal class analysis is to be found in the writings of the Manchesterite peace and free-trade activists Richard Cobden and John Bright and of Herbert Spencer ... Indeed, Raico emphasizes, the Manchester School understood that war and other political intrigue were motivated by the political class's quest for unearned wealth.
Related Topics: John Bright, Capitalism, Benjamin Constant, Libertarianism, Jean-Baptiste Say, The State, Taxation
Ralph Raico, RIP, by Jim Powell, 16 Dec 2016
Memorial and biographical note, including short bibliography

At Cato summer seminars during the 1980s, he delivered fabulous lectures about the history of liberty and its adversaries. He focused on European intellectual history and the development of classical liberalism. He was clear, concise and passionate, and his talks sparkled with memorable details ... Ralph had so much literary talent that there were hopes he might produce a glorious history of liberty, like Lord Acton talked so much about but never started ... Nonetheless, Ralph became known for elegantly-crafted articles, pamphlets, and chapter contributions that helped illuminate the history of liberty.
Related Topics: Circle Bastiat, New Individualist Review

The position I want to set forth is that sex education in tax-supported government schools should not be allowed under present conditions, even where a majority of parents in a school district may favor it. The arguments I will use in no way depend on Biblical or supernatural support, nor do they point to the notion that sex is sinful, Man depraved, etc., etc. ... Pending the abolition of the government's quasi-monopoly of primary and secondary education ... and the repeal of compulsory school attendance laws, sex education courses in the public schools are a totalitarian infrigement of individual rights.
Related Topics: Compulsory Education, Sexual Pleasure
F.A. Hayek, R.I.P., Mar 1992
Memorial and biographical essay

Hayek's pioneering explorations in intellectual history include a work that has always been one of my personal favorites, The Counter-Revolution of Science, where the fateful errors of what he called 'scientism' are relentlessly exposed. ... to an unusual degree for a thinker of such eminence, Hayek exerted a direct influence on the larger educated public as well.... Now the name of Friedrich von Hayek goes to join the others in the line of the immortal liberal thinkers he loved to engage with all of his life, the line of Adam Smith and Benjamin Constant, Alexis de Tocqueville and Lord Acton, Carl Menger and Ludwig von Mises, and all the rest.
Related Topic: Friedrich Hayek
Liberalism, Marxism, and the State [PDF], Cato Journal, 1992
Examines the writings about the state by the French founders and contributors to the early 19th century journal Le Censeur, compares them to Karl Marx (who they influenced), as well as some 1990 comments by Václav Havel

The great transformation that is taking place in east-central Europe and in the Soviet Union has led many people to reconsider the merits of an ideology once thought to be obsolete—liberalism. In the West, some have gone so far as to prophesy 'the end of history.' ... The 'vulgar Marxism,' which in the past dismissed liberal ideology as 'nothing but' the rationalization of the bourgeoisie's interests cannot stand the test of critical examination. I have stressed a dimension of liberal ideology that clearly has great relevance for every nation.
Related Topics: Standing Army, Government, Jean-Baptiste Say, The State, Taxation
Mont Pelerin: 1947–1978, The Road to Libertarianism, Libertarian Review, Jan 1979
Reviews the presentations and discussions at the 1978 meeting of the Mont Pelerin Society, with an overview of the Society's history and particularly the 1958 meeting which had similar themes

The Mont Pelerin Society’s 1978 activities began in Japan, where almost one hundred of the members and guests, mainly from North and South America, gathered. This extended reunion permitted the Mont Pelerinists to become much better acquainted with each other ... a major event at the Mont Pelerin meeting was a special session on the libertarian movement around the world. Altogether, the extensive interest in libertarianism at the Mont Pelerin meeting and the intensive enthusiasm of the younger participants for an active libertarian movement was one of the clearest ramifications of the Hong Kong meeting.
Related Topics: France, Milton Friedman, Gold Standard, Friedrich Hayek, Inflation, Libertarianism, Mont Pelerin Society, George Stigler
Roy A. Childs, Jr. - Hero of the Day, The Daily Objectivist, 2000
Review of Liberty against Power, with additional quotes from Nathaniel Branden, Ed Crane, Milton Friedman, David Kelley and Thomas Szasz

Veteran readers of Laissez Faire Books know Roy Childs very well. From 1984 to his death in 1992, Roy was Laissez Faire Books: he was its editor, chief reviewer, and overall animating spirit. To thousands of readers of this publication all over the world, Roy`s passing has meant the stilling of a unique and much-admired voice. ... Liberty Against Power is a fitting memorial to a great libertarian and a great man. In its pages you will hear Roy's voice. ... listening to Roy speak out in the cause of liberty will be an illuminating, moving, and ever-fresh experience. To use one of Roy's favorite reviewer-expressions: This book sizzles.
Related Topic: Roy Childs
Thomas Szasz - Hero of the Day, The Daily Objectivist, 2000

There is no question that, as regards psychiatry and psychology, Szasz is the great advocate of the principle of voluntary exchange, the rule of law, and the open society. But in the course of struggling for some thirty years on behalf of these libertarian ideas in a field virtually monopolized by the purveyors—and beneficiaries—of collectivist ideologies, Szasz has achieved nothing less than a Copernican revolution.
Related Topic: Thomas Szasz

The Health of the State, by Ralph Raico, Lew Rockwell, The Lew Rockwell Show, 17 Aug 2008
Lew talks with Raico about war, U.S. foreign policy, the role of Commander in Chief and related topics
Related Topic: War

The introductory paragraph uses material from the Wikipedia article "Ralph Raico" as of 2 Jul 2018, which is released under the Creative Commons Attribution-Share-Alike License 3.0.