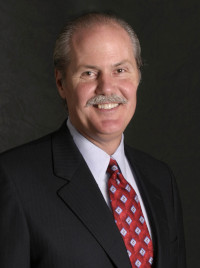 William H. "Chip" Mellor (born 31 December 1950) is the chairman of the board of directors for the Institute for Justice and its former founder, President and General Counsel. During his career as the Institute's General Counsel, Mellor pursued constitutional litigation in four areas: economic liberty, property rights, school choice and free speech.

Advocates for Self-Government - Libertarian Education: William Mellor - Libertarian
Includes picture and biographical profile, as well as a profile of the Institute for Justice

William H. (Chip) Mellor serves as chairman and founding general counsel of the Institute for Justice, which he co-founded in 1991. He was IJ’s president and general counsel from 1991 to 2015 ... While Mellor was president, IJ litigated five U.S. Supreme Court cases, winning all but one ... Mellor co-authored with the Cato Institute's Robert Levy The Dirty Dozen: How Twelve Supreme Court Cases Radically Expanded Government and Eroded Freedom, which examines 12 Supreme Court cases that effectively amended the Constitution and profoundly reshaped the role of government in America.
Related Topic: Institute for Justice

The introductory paragraph uses material from the Wikipedia article "Chip Mellor" as of 27 Oct 2017, which is released under the Creative Commons Attribution-Share-Alike License 3.0.