The Future of Freedom Foundation 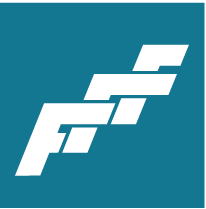 The Future of Freedom Foundation (FFF) is an educational organization founded in 1989 by Jacob Hornberger with the aim of presenting an uncompromising moral and economic case for individual liberty and limited government. It has published a monthly journal, Future of Freedom (originally titled Freedom Daily) since 1990.

In addition to Hornberger, who acts as president, FFF has had Richard Ebeling as vice president of academic affairs (1989-2003), Sheldon Richman as senior fellow and later vice president, and James Bovard as policy advisor.

Sunni: ... you regularly contribute to the Future of Freedom Foundation ...
Jim: I have paper affiliations with quite a few places; the Future of Freedom Foundation is the only organization for which I regularly write. Lew Rockwell kindly picks up many of the pieces I have done for FFF. Jacob Hornberger has done a great job of standing on principle since 9/11, and before ...
Sunni: I haven't kept up with FFF since leaving Free-Market.Net, but I agree with you on Bumper; I have a lot of respect for him.
Related Topics: George W. Bush, Cato Institute, Government, Liberty
Up from Serfdom, by Jacob Hornberger, 9 Apr 2010
Response to criticism by David Boaz on "Up From Slavery" (6 Apr 2010) to Hornberger's "Liberal Delusions about Freedom" (Freedom Daily, Nov 2009)

Thus, ever since our inception some 20 years ago, The Future of Freedom Foundation has focused not on proposals designed to reform, modify, improve, or reduce the welfare state, regulatory state, and warfare state but instead on raising people's vision to a much higher level, one that focuses on the libertarian principles of a free society and a constitutional republic—e.g., the separation of economy and the state, of health care and the state, and of education and the state; the right to keep and bear arms; the protection of civil liberties; and the restoration of a noninterventionist foreign policy.
Related Topic: United States