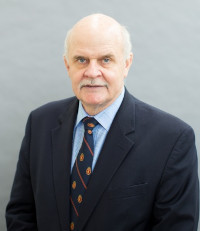 Alejandro Chafuen is the President of the Atlas Network. He joined the organization in 1985, when it was named Atlas Economic Research Foundation, and has served as President since 1991. He was elected to its Board of Directors in 2009. Chaufen also served as Atlas's CEO from 1991 to 2009. He founded the Hispanic American Center for Economic Research and wrote the book Faith and Liberty. He has served on the boards of the Chase Foundation, the Acton Institute and the Fraser Institute. He is a trustee for Grove City College in Pennsylvania. Chafuen has been a faculty member at the Argentine Catholic University, the University of Buenos Aires and the Hispanic American University in California. In 2010, Chafuen was recognized by Atlas for his 25 years of service. He is a member of the Mont Pelerin Society.

Dr. Alex Chafuen serves as president of Atlas Network and has previously served as president and CEO from 1991-2009, and was elected to its board in 2009. He joined Atlas Network in 1985 and worked alongside its founder, Sir Antony Fisher. He is a trustee of Grove City College in Pennsylvania, and he's been a member of the Mont Pelerin Society since 1980 ... Dr. Chafuen serves on several boards including the Chase Foundation of the Commonwealth of Virginia, the Acton Institute for the Study of Religion and Liberty, the Fraser Institute (Canada), and ... the John Templeton Foundation ...
Hispanic American Center for Economic Research: Alejandro Chafuen, PhD.
Includes photograph, short profile and link to curriculum vitae

Alejandro Antonio Chafuen has been president and CEO of Atlas Economic Research Foundation since 1991 and founder trustee of the Hispanic American Center of Economic Research. Chafuen serves as trustee and on the advisory boards of several European and Latin American institutes. He is a frequent commentator on economics, security, and strategic threats in Latin America, as well as on the relationship between economics and ethics, such as corporate social responsibility and corruption. He is the author of Faith and Liberty (Lexington Books, 2003) ... which has been published in different editions in Spain, Poland and Italy.

How I Became a Liberal, 19 Dec 2003
Part of Walter Block's autobiography series; Chafuen recalls his grandparents and parents, his youth in Argentina, and the people in Argentina and the United States who influenced him

When I look back into my history to find the reasons I fell in love with liberty, I have to start with my blood heritage and upbringing. My teenage sons have had ample time to mess up their lives, but they already are finding their road to liberty, and for good and bad, I see how their parent's heritage is affecting them ... my search led me to a new kind of understanding. I first fell in love with liberty; I then fell in love with God. Soon thereafter, I learned that they were the same thing, the true Liberty. Following liberty has been a challenging and rewarding journey. I hope it never ends.
Related Topics: Argentina, Foundation for Economic Education, Grove City College, Mont Pelerin Society, Ayn Rand, Hans Sennholz

The introductory paragraph uses material from the Wikipedia article "Atlas Network" as of 23 Aug 2013, which is released under the Creative Commons Attribution-Share-Alike License 3.0.