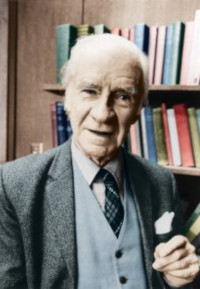 William Harold "Bill" Hutt (3 August 1899 – 19 June 1988) was an English economist who described himself as a classical economist.

A Critique of Monetarist and Austrian Doctrines on the Utility and Value of Money, by Richard Timberlake, The Review of Austrian Economics, 1987
Examines the differences and similarities between the writings of monetarists such as Irving Fisher and Austrian economists such as Ludwig von Mises on the topic of money, contrasting them with the meager explanations of John Maynard Keynes

A memorable article that dealt definitively with this issue was written by W.H. Hutt in 1954. Hutt first reviewed the state of utility theory with respect to money and found it wanting, even though he, too, thought von Mises had come the closest to a correct interpretation. Money has utility, Hutt explained, because it is a 'wealth-unit ready to be activated.' ... Adam Smith, Hutt observed, had written that money was unproductive because it was like a highway. 'But Mises,' Hutt declared, 'would insist that a highway is productive'. He cited a passage from von Mises that ... contradicts von Mises's previous assertion ...
Related Topics: Austrian Economics, Carl Menger, Money, Prices, Murray Rothbard, Joseph Schumpeter
Mandela Wasn't Radical Enough, by Sheldon Richman, 11 Dec 2013
Examines conservative and progressive views about Nelson Mandela and apartheid, finds them lacking and contrasts them with the writings of W. H. Hutt

This was clearly spelled out in 1964 in The Economics of the Colour Bar by University of Cape Town economist W.H. Hutt (1899–1988), a self-described classical liberal (libertarian), a leading opponent of apartheid, and a prominent critic of Keynesian economics ... As Hutt wrote, "The lesson of history, explained by classical economic analysis, is that disinterested market pressures, under the profit-seeking inducement, provide the only objective, systematic discipline that would dissolve traditional barriers and offer opportunities irrespective of race or colour."
Related Topics: Conservatism, South Africa
William Harold Hutt (1899-1988): A Biographical Essay from an Austrian Perspective, by John B. Egger
Biographical and bibliographical essay

Hutt was born in London to working-class parents on August 3, 1899, and earned a Bachelor of Commerce degree from the London School of Econo-mics in 1924 ... when Arnold Plant, his friend from undergraduate days advertised for a Senior Lecturer at the University of Cape Town, Hutt applied ... he obtained the post and arrived in South Africa in March 1928 ... Hutt's perception of the ability of powerful groups—including, but not limited to, labor unions—to use the political process for private gain despite general impoverishment, led him to the second of his three principal interests in economics: public choice.
Related Topics: James M. Buchanan, Economic Resources, Austrian Economics, Labor, Ludwig von Mises, Mont Pelerin Society, Jean-Baptiste Say
William Harold Hutt, in Memoriam, by Murray Rothbard, The Free Market, Sep 1988
Biographical and memorial essay; also published as chapter 107 of Making Economic Sense (1995)

Born in London, Hutt served in the Royal Flying Corps in World War I, and then went to the London School of Economics, where he studied under the great free-market and hard-money economist Edwin Cannan. ... His first important scholarly publication remains virtually unknown today: an excellent and penetrating annotated bibliography, The Philosophy of Individualism: A Bibliography, which he wrote, aided by the eminent laissez-faire liberal Francis W. Hirst. ... The Philosophy of Individualism served, 30 years later, as the core of Henry Hazlitt's annotated bibliography, The Free Man's Library (Van Nostrand, 1956).
Related Topics: South Africa, Wages

The introductory paragraph uses material from the Wikipedia article "William Harold Hutt" as of 10 Jan 2018, which is released under the Creative Commons Attribution-Share-Alike License 3.0.