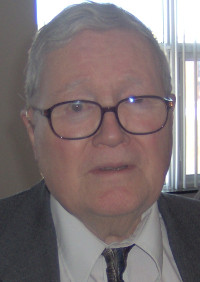 Gordon Tullock (13 February 1922 – 3 November 2014) was an economist and professor of law and economics at the George Mason University School of Law. He is best known for his work on public choice theory, the application of economic thinking to political issues. He is one of the founding figures in his field.

Gordon Tullock is an economist and a sociologist ... [H]is work has a special relevance for 20th-century libertarianism. His studies on bureaucracies, rent seeking, economic theory of anarchy, and constitutional governance have questioned the "disastrous orthodoxies" of the day regarding the nature, role, and functioning of the state and have challenged what he called the terrible superstition that the government should operate the economy. At the same time, he advanced the frontiers of political economy by creating the intellectual tools that are today used to bolster libertarian arguments and a libertarian agenda.
Related Topic: Government

Independent Institute, In Memoriam Research Fellow
Eris Society, 1988, "Why I Like to Respond to Marxists"

Interview with James Buchanan, by James M. Buchanan, The Region, Sep 1995
Topics include The Calculus of Consent, public choice theory, monetary policy and the Federal Reserve

Gordon Tullock came to the University of Virginia in 1958 on a postdoctoral scholarship, after having spent nine years in the U.S. Department of State. He was much more of a realist about politics, naturally, than I would have been. He started to work specifically on majority rule, influenced a good deal by Duncan Black and Anthony Downs and also to some extent by Arrow. We started working together and out of that came The Calculus of Consent (1962) ... we organized and started up a journal. The first was called Papers on Non-market Decision Making. Tullock took charge of editing it.
Related Topics: United States Constitution, Democracy, Economists, Federal Reserve System, Italy, Politicians, Politics, Taxation, United States, Virginia

The introductory paragraph uses material from the Wikipedia article "Gordon Tullock" as of 9 Apr 2018, which is released under the Creative Commons Attribution-Share-Alike License 3.0.