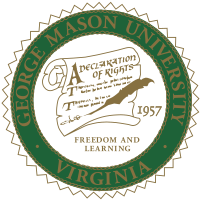 George Mason University (GMU, Mason or George Mason) is a public research university in Fairfax County, Virginia. Initially founded as a branch of the University of Virginia in 1949, it became an independent institution in 1972. The university is named after the founding father George Mason, a Virginia planter and politician who, most notably, authored the Virginia Declaration of Rights, the basis for the U.S. Bill of Rights. Mason currently operates four campuses located in Virginia, the main campus being in Fairfax, with a fifth campus in Songdo, South Korea, inside the Incheon Free Economic Zone. Three of the four Virginia campuses are within Northern Virginia, part of the Washington, D.C. metropolitan area. The university recognizes 500 student groups as well as 41 fraternities and sororities. In 2016, the Carnegie Classification of Institutions of Higher Education released new listings that included George Mason in the “Highest Research Activity” (R1) category.

A Fairy Tale of the Austrian Movement, by Joseph Salerno, Mises Daily, 25 Sep 2007
Review of Brian Doherty's Radicals for Capitalism (2007), in particular of the section in chapter 7 where Peter Boettke discusses Austrian economics

Boettke's "us against them" mentality was carried over to graduate school at George Mason University, which had just introduced a heterodox PhD program in economics. At the time (1982) the university was about ten years removed from community college status and was considered an academic backwater ... In 1980, the Kochs allocated substantial funds to set up an Austrian graduate program at GMU. By the mid-1980s, Koch money had built up a set of interlocking organizations at GMU and in Washington D.C. that Doherty ... himself variously refers to as "Planet Koch," "the Kochtopus," and "the Koch/George Mason machine."
Related Topics: Peter Boettke, Austrian Economics, Libertarianism, Ludwig von Mises, Murray N. Rothbard, Hans Sennholz

What is your outlook for the future of Austrian economics in academia?
... [F]ocusing on the U.S. only, there is one and only one university that awards this degree where Austrianism, no matter how watered-down, is an integral part of the program: George Mason University. I have send off undergraduates of mine to [GMU], and, mirabile dictu, virtually all of them graduate with Ph.D.s, six, five and even four years later, as Austrians. Paradoxically, Mason is the headquarters of suck up Austrianism, and, thus, my students often emerge with this malady ... [V]ery few of my ... students have succeeded at schools other than Mason ...
Related Topics: Achievement, Austrian Economics, Esthetics, Ethics, Libertarianism, Threats To Liberty, Ludwig von Mises, Ayn Rand, Murray N. Rothbard

By the way, did you realize that George Mason ..., by Jeff Danziger, 28 Mar 2006
Related Topics: Basketball, George Mason

The introductory paragraph uses material from the Wikipedia article "George Mason University" as of 4 Jun 2018, which is released under the Creative Commons Attribution-Share-Alike License 3.0.