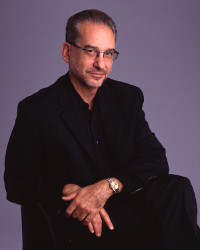 Barnett, the Austin B. Fletcher Professor of Law at Boston University, has written extensively on legal topics relating to liberty. His latest book is Restoring the Lost Constitution. His two-volume anthology The Rights Retained by the People: The History and Meaning of the Ninth Amendment (1989, 1993) did much to help revive interest in that long-forgotten but important constitutional bulwark of our liberties. ... After graduating from Harvard Law School, he worked as a criminal prosecutor in Chicago. He taught at Northwestern University School of Law and Harvard Law School before accepting his current position.

LysanderSpooner.org
Includes biography, lists as well as text of many of Spooner's writings and correspondence, scholarly articles about Spooner and links to other resources
Related Topic: Lysander Spooner

Randy E. Barnett is the Carmack Waterhouse Professor of Legal Theory at the Georgetown University Law Center, where he teaches constitutional law and contracts. ... In 2008, he was awarded a Guggenheim Fellowship in Constitutional Studies. In 2004, Professor Barnett appeared before the U.S. Supreme Court to argue the medical cannabis case of Gonzalez v. Raich. He lectures internationally and appears frequently on radio and television programs ... Professor Barnett's scholarship includes more than eighty articles and reviews, as well as eight books ...
Randy E. Barnett - Online Library of Liberty
Includes short profile and link to a "Liberty Matters" (an online discussion forum) event led by Barnett

Randy E. Barnett is the Carmack Waterhouse Professor of Legal Theory at the Georgetown University Law Center, where he teaches constitutional law and contracts, and is Director of the Georgetown Center for the Constitution.

In an article in the Wall Street Journal ... Randy E. Barnett, a law professor at Georgetown University and a long-time libertarian legal scholar, wrote that libertarians can and do support the invasion and occupation of Iraq ... Barnett's mission is to show that support is not inconsistent. He is mistaken ... Barnett writes,

While all libertarians accept the principle of self-defense, and most accept the role of the U.S. government in defending U.S. territory, libertarian first principles of individual rights and the rule of law tell us little about what constitutes appropriate and effective self-defense after an attack ...

Related Topics: Foreign Entanglements, Government, Iraq War, Libertarianism, Murray N. Rothbard, War
Law, Property Rights, and Air Pollution [PDF], by Murray N. Rothbard, Cato Journal, 1982
Examines the principles of tort law, how to determine what is just property and how to deal with invasions of property such as air pollution

Randy Barnett's rebuttal, however, is conclusive. Barnett points out, first, that most unsuccessful attempts at invasion result nevertheless in "successful" though lesser invasion of person or property, and would therefore be prosecutable under tort law ... Furthermore, as Barnett concludes, potential victims would not be prevented under libertarian law from defending themselves from attempts at crime. As Barnett says, it is justifiable for a victim or his agents to repel an overt act that has been initiated against him, and that in fact is what an attempt at crime is all about.
Related Topics: Cancer, Richard Epstein, Ethics, Law, Personal Responsibility, Property, Property Rights, Freedom of Speech
On the Origins of the Modern Libertarian Legal Movement [PDF], by Roger Pilon, Chapman Law Review, 2013
Historical survey of libertarian influences on constitutional and other areas of law, from the mid-1970s to recent decisions

Thus a young Harvard Law student, Randy Barnett, himself a philosophy undergraduate major at Northwestern, was exploring the criminal law side of things with a conference he organized on the subject and an important essay on restitution that followed in 1977 in Ethics, published by the University of Chicago ... At a second ABA convention showcase program, this one in 1991 celebrating the Bicentennial of the Bill of Rights, Randy Barnett and I addressed both of those issues—both the powers and the rights issues—in speeches we gave on "The Forgotten Ninth and Tenth Amendments."
Related Topics: Cato Institute, Richard Epstein, F. A. Hayek, Institute for Humane Studies, Libertarianism, Robert Nozick, Enumerated Powers, Rights, Rights retained by the people

I read with great interest John Miller's op-ed in the New York Times, "A Third Party on the Right" in which he complains about the close races that have been tipped to the Democrats by those voting for the Libertarian-party candidate ... I am not a libertarian who advises others to vote Libertarian ... Supporting rather than opposing state choice on this issue would make the Republican party far more libertarian than the drug-war-mongering Democrats without having to support legalization. If Republicans added this to their federalism concerns, they would attract rather than lose votes to the Libertarian party.
Related Topics: Libertarian Party, Republican Party, Freedom of Speech
Kennedy's Libertarian Revolution: Lawrence's reach, National Review Online, 10 Jul 2003
Comments on the Supreme Court decision in Lawrence v. Texas invalidating sodomy laws and in particular on Justice Anthony Kennedy's majority opinion

The more one ponders the Supreme Court's decision in Lawrence v. Texas, the more revolutionary it seems. Not because it recognizes the rights of gays and lesbians to sexual activity free of the stigmatization of the criminal law—though this is of utmost importance ... however, the Court's defense of liberty must not be limited to sexual conduct. The more liberties it protects, the less ideological it will be and the more widespread political support it will enjoy. Recognizing a robust "presumption of liberty" might also enable the court to transcend the trench warfare over judicial appointments.
Related Topics: War on Drugs, Government, Due Process of Law, Liberty, Moral Repression, Rights retained by the people, Right Against Unreasonable Searches and Seizures
Spooner, Lysander (1808-1881), The Encyclopedia of Libertarianism, 15 Aug 2008
Biographical essay

Lysander Spooner was a political and legal theorist, a writer, and an abolitionist. Born in rural New England, he was raised as one of nine children and left home to live in Worcester, Massachusetts, where, in 1833, he began studying law. He served his apprenticeship in the offices of John Davis ... Until his death in 1887 at the age of 79, Spooner eked out an impoverished existence as a writer, activist, and legal theorist. ... His reputation as an individualist anarchist and his opposition to all forms of oppression and injustice have made him a hero to all libertarians.
Related Topics: Lysander Spooner, United States Constitution, Occupational Licensing, Monopoly

The introductory paragraph uses material from the Wikipedia article "Randy Barnett" as of 16 Apr 2018, which is released under the Creative Commons Attribution-Share-Alike License 3.0.