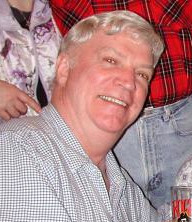 Advocates for Self-Government, Board of Advisors
Liberty International, President, 1989-2008

ISIL began in 1980 as Libertarian International, founded by Canadian libertarian activist and publisher Vince Miller. LI started the international libertarian conferences in Zurich, Switzerland in 1982. The current ISIL was formed in 1989 through the merger of LI with the Society for Individual Liberty, the first explicitly libertarian grassroots organization which had been founded by Jarret Wollstein, Dave Walter and Don Ernsberger in 1969. The original SIL emerged out of an historic split between conservatives and libertarians at a Young Americans for Freedom (YAF) conference in St. Louis, Missouri in 1969.
Related Topics: Donald Ernsberger, Liberty International, Dave Walter, Jarret Wollstein

Vince Miller and the International Libertarian Movement, by Jeff Riggenbach, 1 Jul 2010
Biographical essay; including background information on the libertarian movement of the 20th century; transcript of "The Libertarian Tradition" podcast of 23 June 2010

Vincent H. Miller had been born in suburban Toronto late in 1938. ... Then, in 1971, at the age of 32, he met an actor and former high-school English teacher named Marshall Bruce Evoy. Evoy had been the Nathaniel Branden Institute's official business representative in Toronto in the '60s. ... Add in his 9 years as president of the Libertarian International, and you see that Vince devoted 28 years, more than half his adult life, to the task of promoting libertarianism to an international audience. ... Those of us who are glad there is a libertarian movement ... owe people like Vince Miller a debt of gratitude.
Related Topics: Libertarianism, Liberty International

It is with considerable sadness that I bring you the following news: My good friend and ISIL director Marshall Bruce Evoy passed away at 8:30 pm this evening, July 8, 1998, at a hospital in Toronto, Canada. He was 75. His close friends Maeve Barham and Margaret Hamilton were with him at the end and held his hands as he peacefully slipped away ... his condition deteriorated rapidly over the past month ... He remained in critical condition until his passing today. We are deeply saddened by the death of a dear friend and heroic soul — but are relieved that his suffering is over.
Related Topics: Founding Fathers, Liberty International
Free Trade or Protectionism?, by Jim Elwood, Vince Miller, 1988
Educational pamphlet to inform about the benefits of free trade and the costs of so-called "protectionism" or "fair trade"

The argument for so-called 'protectionism' ... may at first sound appealing. Supporters ... claim that keeping out foreign goods will save jobs, giving ailing domestic industries a chance to recover and prosper, and reduce the trade deficits. Are these claims valid? ... Silence gives consent, and there should be no consent to the current waves of restrictive trade or capital control legislation being passed. .... Widespread public understanding of this issue, followed by citizen action, is the only solution. Free trade is too important an issue to leave in the hands of politicians.
Related Topics: Free Trade, Prices, Taxation, War
New Declaration of Independence, by Vince Miller, Jarret Wollstein, Jan 2000
Prefaced by quoting the second paragraph of the original Declaration, lists the outrages of the "modern American State" (in a manner similar to the original), ending with a list of demands including Citizen Grand Juries, Citizen Veto and Power of Recall

Two hundred years ago our ancestors signed a document which forever changed the course of history: the Declaration of Independence. That document severed the bonds of Colonial America to a tyrannical king and parliament in England, and established for the first time a society based on the principle of the rule of law and limited government. ... To create a new dawn of liberty for America and to secure a rebirth of liberty, justice, peace, and prosperity for all, we mutually pledge each other our lives, our fortunes and our sacred honor. We seek and will settle for nothing less than freedom in our time.
Related Topics: Banking, United States Bill of Rights, United States Declaration of Independence, War on Drugs, Due Process of Law, Taxation, War

In recent months we've been hearing a lot about a mysterious 'Walk for Capitalism' – scheduled for this coming December 2nd. When numerous ISIL and LI members around the world became involved and scheduled 'Walks' in their own cities, we became more interested and thought we would find out what the 'Walk' was all about – and track down the hoary beast behind all of this. So herewith an interview with Prodos (full name Prodos Stefanos Nicholaou Marinakis) – the man behind the walk. Fasten your safety belts, folks.
Related Topic: Capitalism

The introductory paragraph uses material from the Wikipedia article "Vince Miller" as of 30 Dec 2017, which is released under the Creative Commons Attribution-Share-Alike License 3.0.