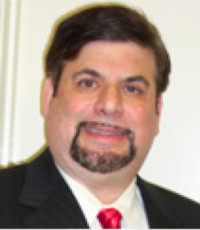 ISIL began in 1980 as Libertarian International, founded by Canadian libertarian activist and publisher Vince Miller. LI started the international libertarian conferences in Zurich, Switzerland in 1982. The current ISIL was formed in 1989 through the merger of LI with the Society for Individual Liberty, the first explicitly libertarian grassroots organization which had been founded by Jarret Wollstein, Dave Walter and Don Ernsberger in 1969. The original SIL emerged out of an historic split between conservatives and libertarians at a Young Americans for Freedom (YAF) conference in St. Louis, Missouri in 1969.
Related Topics: Donald Ernsberger, Liberty International, Vince Miller, Dave Walter
Jarret B. Wollstein
Biographical profile, presented as part of chapter 4 of The Dangers of Socialized Medicine (1994), edited by Jacob Hornberger and Richard Ebeling

Jarret B. Wollstein works as an independent writer and direct-mail marketing specialist. He is a founder and director of the International Society for Individual Liberty (ISIL), an international human-rights and free-market networking organization with members in over eighty countries. His ISIL issue papers have sold over two million copies and have been translated into six languages. Mr. Wollstein is the author of 300 articles and audio-tapes and four books, including Society Without Coercion (1969) ... He is also a former editor of the Individualist magazine and the Financial Privacy Report.

Clinton's Health-Care Plan for You: Cradle-to-Grave Slavery, Part I, Freedom Daily, Jan 1994
Examines various provisions of the Clinton health care plan of 1993, including studies conducted on the proposal by CONSAD Research Corporation and the Heartland Institute

President Clinton says health care in America costs too much—that it's a national disgrace that 37 million Americans have no health insurance and that tens of millions of others have inadequate coverage. Clinton's "solution": a total government takeover of all medical care in the U.S.–1/7 of the entire U.S. economy ... To see the future of health care in America for you and your children under Clinton's plan, just visit any Veterans Administration hospital ... However, Clinton is not content to simply destroy quality health care in America. His plan also gives him the power to have government intrude upon every aspect of your life.
Related Topics: Bill Clinton, Government, Health Care, Taxation
Clinton's Health-Care Plan for You: Cradle-to-Grave Slavery, Part II, Freedom Daily, Feb 1994
Continues the examination of the proposed Clinton health care plan of 1993, focusing on the "Health Security Cards", privacy and lifestyle provisions

Under President Clinton's health-care plan, every person in America will be registered by the federal government and issued a red, white and blue "Health Security Card." This includes independent contractors, the self-employed, the homeless, and illegal immigrants who have regular jobs ... Clinton's health-care plan calls for a direct government takeover of one seventh of our economy ... This is not a plan for "reforming" health care or controlling costs. It's a blueprint for tyranny. Past governmental intrusions were just the prelude. Clinton's health-care plan for America is cradle-to-grave slavery for all of us.
Related Topics: Bill Clinton, Health Care
Democracy Versus Freedom, Freedom Daily, Jan 2006
Compares the definitions of democracy, collectivism and individualism, explaining why democracy and regular elections do not guarantee freedom, substantive rights nor peace, and that democracy is not a precondition for individual liberty

Politicians and major media constantly tell us that oppressed peoples crave democracy, and that only a democratic world will be free and peaceful. Now President Bush has launched a campaign to bring freedom and democracy to the world. But are freedom and democracy the same thing? And will democracy imposed by force guarantee peace? ... No, democracy is not the same as liberty. All too often, building democracy has been used as a justification for destroying freedom. To achieve a free and peaceful world, we must restore freedom and individual liberty, not democracy.
Related Topics: Democracy, Law, Rights, Inalienable Rights, Voting, War
How To Sell Liberty, Jun 1998
Discusses eight principles of effective salesmanship and how to apply them to market liberty

In folklore, to succeed all you need to do is come up with a great idea or product. "Invent a better mousetrap, and the world will beat a path to your door." Unfortunately, the world almost never beats a path to anyone's door. Countless brilliant inventors ... have died in abject poverty ... The "liberty business", like all businesses requires a division of labor. Not everyone is emotionally equipped to be a front-line salesperson. The movement also needs researchers, writers, artists, and accountants. It is important to identify where your talents and the talents of your co-workers lie. Specialize in areas where you are most effective.
Related Topics: Government, Libertarianism, Liberty
In Pursuit of Liberty, May 1997
Primer on liberty concepts, including voluntary vs. coercive associations, individual rights, government and possible future improvements in the status quo

We are living in exciting times. From the Soviet Union, to Cuba, to East Germany, totalitarian socialism is crumbling and human liberty is advancing throughout the world. With little more than their bare hands and raw courage, ordinary people on every continent are defeating the tanks and secret police of tyrants ... The Internet, computer encryption, digital cash and other exciting new technologies have begun to free people throughout the world. With courage and dedication, the 21st Century will be the century of global liberty. Sooner or later liberty will triumph. Liberty is our destiny–an idea whose time has come.
Related Topics: Cryptography, Benjamin Franklin, Government, Liberty, Property Rights, Rights, Taxation, Voluntaryism
The Labor Theory of Value (An Analysis), by Donald Ernsberger, Jarret Wollstein (editor), 1988
Examines Marx's Labor Theory of Value, including an example, and compares it to the market-exchange theory, exploring some of the flaws in the former

At the heart of economic theory is the concept of value. What gives an article value? Is it something inherent in an object, or is it some other factor? Does value derive from human effort, or something else? The two major and fundamentally opposite economic systems – capitalism and Marxism – give completely different answers. ... Indeed, the free market is the only economic system which enables consumers rather than bureaucrats to determine what is produced and at what price. Marx has been in his grave for over 100 years. It is time that his theories were buried as well.
Related Topics: Communism, Economic Resources, Free Market, Labor, Wages
New Declaration of Independence, by Vince Miller, Jarret Wollstein, Jan 2000
Prefaced by quoting the second paragraph of the original Declaration, lists the outrages of the "modern American State" (in a manner similar to the original), ending with a list of demands including Citizen Grand Juries, Citizen Veto and Power of Recall

Two hundred years ago our ancestors signed a document which forever changed the course of history: the Declaration of Independence. That document severed the bonds of Colonial America to a tyrannical king and parliament in England, and established for the first time a society based on the principle of the rule of law and limited government. ... To create a new dawn of liberty for America and to secure a rebirth of liberty, justice, peace, and prosperity for all, we mutually pledge each other our lives, our fortunes and our sacred honor. We seek and will settle for nothing less than freedom in our time.
Related Topics: Banking, United States Bill of Rights, United States Declaration of Independence, War on Drugs, Due Process of Law, Taxation, War
Will You Be Safer If Guns Are Banned? Part 1, Freedom Daily, Jul 1994
Considers whether banning guns would reduce crime, citing studies, articles and statistics that show the apparent paradox that gun-control laws tend to increase crime and violence, and explores some reasons for the continued increase in violent crime

Violence is out of control, and guns are a major cause. This is a belief many Americans now share. This belief is fueling a nationwide movement that could result in a total prohibition on private-gun ownership in the near future. Ownership of private guns is being banned one step at a time. The recently enacted Brady Bill mandates a national five-day waiting period and background check for all handgun purchases. ... The New York state commissioner of prisons testified that if one percent of illegal handgun owners in New York City were caught, tried, and sent to prison for a year, the state prison system would collapse.
Related Topics: Right to Keep and Bear Arms, Florida, Occupational Licensing, Los Angeles, New York City, Washington, D.C.
Will You Be Safer If Guns Are Banned? Part 2, Freedom Daily, Aug 1994
Examines the potential consequences of U.S. nationwide gun prohibition, based on what happened with alcohol prohibition and the war on drugs

Gun prohibition threatens your safety and your life. Prohibition will make it much more difficult for you to defend yourself and your family from predators. Prohibition will create a violent black market dominated by criminal gangs. ... Many of America's 65 million gun owners are not going to meekly surrender their guns. Millions consider gun ownership their inalienable right, and they will fight to preserve it. The bitter irony of gun prohibition is that laws intended to reduce violence could spark the bloodiest violence in our history. We must stop gun prohibition now, before it is too late.
Related Topics: Right to Keep and Bear Arms, War on Drugs, Right Against Unreasonable Searches and Seizures