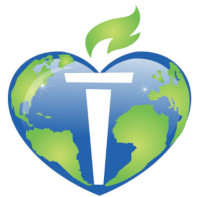 Liberty International (formerly International Society for Individual Liberty or ISIL) is a non-profit, libertarian educational organization based in San Francisco. It encourages activism in libertarian and individual rights areas by the "freely chosen strategies" of its members. Its history dates back to 1969 as the Society for Individual Liberty, founded by Don Ernsberger and Dave Walter. The previous name (ISIL) was adopted in 1989 after a merger with Libertarian International was coordinated by Vincent Miller, who became president of the new organization. Jim Elwood is the current executive director, with board members including Mary Ruwart and Ken Schoolland. The organization has members in over 80 countries.

Established in 1969, Liberty International is the oldest organization promoting libertarianism worldwide. Our purpose is to bring liberty to every corner of the world by sharing the philosophy and benefits of freedom, with special emphasis on educating newcomers. We spread liberty and foster a global network of freedom champions, empowering them to become change agents in their own countries.

Free-Market.net Directory - ISIL.org Freedom Network
This inspired, in part, the creation of FreedomCircle.com. Note that Free-Market.net was originally published by the Henry Hazlitt Foundation

Browse the links below to find libertarian and pro-freedom websites, organizations, e-texts, books, action opportunities, and much more. ... This resource directory was established in 1995 as part of Free-Market.Net: The Freedom Network. It is now published by ISIL.
Liberty-Intl.org - Liberty International
Website includes information about Liberty International projects such as their World Conferences and Liberty Camps, publications and a blog

The Advocates for Self-Government Dr. Mary Ruwart
Includes photo, biographical profile, quotes from Ruwart and from reviews of Healing Our World

ISIL began in 1980 as Libertarian International, founded by Canadian libertarian activist and publisher Vince Miller. LI started the international libertarian conferences in Zurich, Switzerland in 1982. The current ISIL was formed in 1989 through the merger of LI with the Society for Individual Liberty, the first explicitly libertarian grassroots organization which had been founded by Jarret Wollstein, Dave Walter and Don Ernsberger in 1969. The original SIL emerged out of an historic split between conservatives and libertarians at a Young Americans for Freedom (YAF) conference in St. Louis, Missouri in 1969.
Related Topics: Donald Ernsberger, Vince Miller, Dave Walter, Jarret Wollstein
David F. Nolan - The Advocates for Self-Government
Profile page: includes photo, biography and the essay "Nolan: Innovator for Liberty" by James W. Harris

In late 1968, the Liberty Amendment Youth Council was dissolved. [Nolan] turned over a copy of the organization’s membership list to another young libertarian he'd met, Jarret Wollstein, who used it to launch the Society for Rational Individualism (SRI), one of the first modern libertarian organizations in America. SRI quickly evolved into the Society for Individual Liberty (SIL), for years one of the most important organizations in the liberty movement. In 1989, SIL merged with Libertarian International and Groundswell-USA to become the International Society for Individual Liberty that we know today.
Related Topics: Advocates for Self-Government, Barry Goldwater, Libertarianism, Libertarian Party, David Nolan

Dear friends:
It is with considerable sadness that I bring you the following news: My good friend and ISIL director Marshall Bruce Evoy passed away at 8:30 pm this evening, July 8, 1998, at a hospital in Toronto, Canada ... Bruce was also a co-founder, along with myself and 7 others, of the Ontario Libertarian Party in 1974 ... and later in the 1980s joined the Board of the International Society for Individual Liberty. ...
Vincent Miller, Pres. ISIL
Related Topic: Founding Fathers
The Case For a Libertarian Political Party, by David Nolan, The Individualist, Aug 1971
A few months before founding the Libertarian Party, Nolan presents his rationale for establishing a new political party, after discussing four other libertarian activist strategies and admitting that "political approaches are inherently coercive"

Four years ago, at the YAF convention in Pittsburgh, there was born a unique coalition — the coalition that is known today as "the libertarian movement". There, for the first time, Randists, Miseists, and elements of the old "radical right" from all over the country got together and established an embryonic network of organization and communication ... Where, in 1967, we had no organizational home save the semi-hostile Young Americans for Freedom, today we have the Society for Individual Liberty.
Related Topics: Democratic Party, Limited Government, Libertarian Party, Politics, Republican Party, Switzerland, Voting
Jeff Riggenbach on Samuel Edward Konkin III, by Jeff Riggenbach, Freedom Network News, 2004
Lengthy biographical and memorial essay

There are movement historians who would differ with this account in one or more particulars ... Sam writes as though SIL, the Society for Individual Liberty, already existed at the time of the St. Louis YAF convention. Its predecessor organization, the Objectivist-oriented Society for Rational Individualism (founded by Jarret Wollstein), had existed for about a year at that time. Still, this is somewhat misleading. SIL was founded in St. Louis in 1969, while the YAF convention was underway across town.
Related Topics: Roy Childs, Williamson Evers, Robert A. Heinlein, Samuel Edward Konkin III, Laissez Faire Books, Robert LeFevre, Libertarian Party, Ludwig von Mises, Murray Rothbard, George H. Smith
A Libertarian Odyssey, by Ken Schoolland
Part of Walter Block's autobiography series; reprinted in Walter Block's I Chose Liberty (2010), chapter 66

By this time I read about the work of Vince Miller, Jim Elwood, and Bruce Evoy at the International Society for Individual Liberty (ISIL) and later joined their Board. ISIL was dedicated to translating free market literature and networking globally in order to spread free market ideas. Their mission was perfectly timed with the fall of the Iron Curtain and the opening of so much of the world that had formerly prohibited free market ideas ... Close friends, Hubert Jongen, Virgis Daukas, Kerry Pearson, Mary Ruwart, and hundreds of others in ISIL, collaborated to bring this about.
Related Topics: Alaska, Milton Friedman, Hawaii, Libertarianism, Ayn Rand
The Story of Roy A. Childs Jr. (1949–1992), by Jeff Riggenbach, 21 Jan 2011
Biographical essay; transcript of "The Libertarian Tradition" podcast of 12 Jan 2011

The fall of 1969 was, of course, a busy season for the nascent libertarian movement. At the same time SRI [Society for Rational Individualism] had jumped the Randian ship and turned Rothbardian, the student activists who had made up the Libertarian Caucus of the conservative youth organization Young Americans for Freedom (YAF) had decided to walk out of YAF en masse and seek institutional support for their activities elsewhere. That fall, SRI merged with the former Libertarian Caucus of YAF to create the Society for Individual Liberty (SIL).
Related Topics: Roy Childs, Laissez Faire Books, Robert LeFevre, Objectivism, Ayn Rand, Murray Rothbard, Joan Kennedy Taylor
Vince Miller and the International Libertarian Movement, by Jeff Riggenbach, 1 Jul 2010
Biographical essay; including background information on the libertarian movement of the 20th century; transcript of "The Libertarian Tradition" podcast of 23 June 2010

Freedom Network News: The Journal of the International Society for Individual Liberty
Bi-annually, issues from June 2001 to December 2007

The introductory paragraph uses material from the Wikipedia article "Liberty International (organization)" as of 20 Jul 2018, which is released under the Creative Commons Attribution-Share-Alike License 3.0.