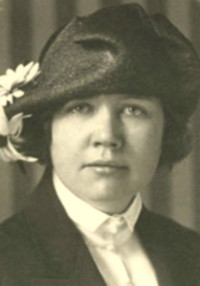 Rose Wilder Lane (5 December 1886 – 30 October 1968) was an American journalist, travel writer, novelist, political theorist and daughter of American writer Laura Ingalls Wilder. Along with Ayn Rand and Isabel Paterson, Wilder Lane is noted as one of the founders of the American libertarian movement.

This article is derived from the English Wikipedia article "Rose Wilder Lane" as of 25 Jun 2018, which is released under the Creative Commons Attribution-Share-Alike License 3.0.