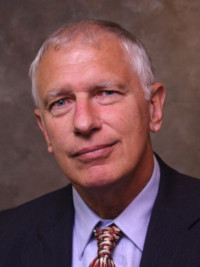 Douglas R. Casey is an American writer, speculator and the founder and chairman of Casey Research. He describes himself as an anarcho-capitalist influenced by the works of novelist Ayn Rand. Casey is a real estate investor as well as an advisor on how to profit from market distortions and periods of economic turmoil.

Advocates for Self-Government, Board of Advisors
Eris Society, Founder, host

Doug Casey travels 150,000 miles a year looking for bargains. Investment bargains, that is — he's one of the world's leading authorities on international investing. He has visited more than 170 countries seeking stock, real estate, precious metals, and commodities opportunities. He writes about his discoveries in his newsletter, International Speculator ... Casey falls on the very small-government end of the libertarian spectrum. He calls himself a 'libertarian anarchist,' and said in 1979, 'The thought of how far the human race would have advanced without government simply staggers the imagination.'
Related Topic: Eris Society
Doug Casey Archives | Casey Research
Short profile and links to articles from Nov 2004 to the present

Best-selling author, world-renowned speculator, and libertarian philosopher Doug Casey has garnered a well-earned reputation for his erudite (and often controversial) insights into politics, economics, and investment markets. ... Doug literally wrote the book on profiting from periods of economic turmoil: his book Crisis Investing spent multiple weeks as #1 on the New York Times bestseller list and became the best-selling financial book of 1980 with 438,640 copies sold; surpassing big-caliber names, like Free to Choose by Milton Friedman, The Real War by Richard Nixon, and Cosmos by Carl Sagan.

Why Liberty?, Liberty, 5 Jul 1987
First (and only) editorial, discusses the three different kinds of existing libertarian periodicals, what areas and issues Liberty was going to address and who the founders were

The editors of Liberty are a diverse lot ... [T]wo of us (Bradford and Casey) are entrepreneurs and financial advisory writers ... [O]ne of us (Casey) eschews political activity altogether, refusing even to register to vote ... one of us (Casey) is an anarchist in the neo-Objectivist tradition of the Tannehills ... But all of us agree on two points: 1) We believe that the role of government in people's lives should be radically reduced or eliminated altogether (thus we are libertarians); 2) We believe that libertarians need an "inreach" journal—a periodical in which to sort out their differences, share their experiences, etc.

The Essence of Government, 26 Oct 2001
Examines the questions "What is the essence of government?" and "Are governments necessary?", comparing mobs, organized groups and governments

I give a good number of speeches each year. For some time I've asked audiences a question: "What useful purpose does the US government serve?" I do that not to be challenging or provocative, but to actually find out if anyone else can think of a useful purpose the government serves. The question at fist shocks, then amuses and then perplexes almost everyone because it is both so obvious and outrageous ... Throughout history government has served as a vehicle for the organization of hatred and oppression, benefiting no one except those who are ambitious and ruthless enough to gain control of it.
Related Topics: Government, Law, Middle East, Politics
He Loved the Rush, 25 Nov 2003
Discusses Rush Limbaugh use of opiates, his posture regarding the Drug War and the hypocrisy (including Casey's suggestion of how Limbaugh could deal with the matter)

Rush Limbaugh is back on the streets ... er, radio ... after about five weeks in rehab. Rush was a major-league pill-popper, and had been broadcasting for years under the influence of controlled substances. I have no problem with Rush doing the illegal drugs of his choice. It's his body – he owns it ... Limbaugh's quick switch from privacy claim to public confession was reminiscent of Bill Bennett's humiliating retreat on the issue of his gambling. Before renouncing the habit, the former drug czar noted that losing large sums of money on slots and video poker hadn't 'put my family at risk.'
Related Topic: War on Drugs
Why Liberty?, by R. W. Bradford, Doug Casey, Stephen Cox, Ross Overbeek, Murray N. Rothbard, Liberty, 5 Jul 1987
First (and only) editorial, discusses the three different kinds of existing libertarian periodicals, what areas and issues Liberty was going to address and who the founders were

Does the world really need another libertarian magazine? There already exists a variety of libertarian periodicals, ranging from local newsletters to national magazines, from personal "zines" to scholarly journals. Given the limited resources ..., the number of libertarian publications is impressive ... [A]ll of us agree on two points: 1) We believe that the role of government in people's lives should be radically reduced or eliminated altogether (thus we are libertarians); 2) We believe that libertarians need an "inreach" journal—a periodical in which to sort out their differences, share their experiences, etc.
Related Topics: R. W. Bradford, Libertarianism, Libertarian Party, Periodicals, Murray N. Rothbard

Doug Casey on the Silver Screen
Interviewed by Louis James, Editor, International Speculator; brief reviews of many movies and some TV series

L: Doug, we’ve promised to talk about what you call the literature of today's world: movies. So, let's talk about the silver screen.
Doug: Good idea. Some may dismiss this as fluff, but I think it can be very important ... In today's world, movies, not books anymore, are the most important media for transferring memes. ... let's start with The Good, the Bad and the Ugly. I think it – and almost all of Clint Eastwood's movies – are going to have staying power. That's partially because he's in them. He projects a certain strength of character and a certain attitude towards life that has justifiable appeal.
Related Topics: Casablanca, Hombre, The Sand Pebbles, Star Wars

The introductory paragraph uses material from the Wikipedia article "Doug Casey" as of 3 Apr 2018, which is released under the Creative Commons Attribution-Share-Alike License 3.0.