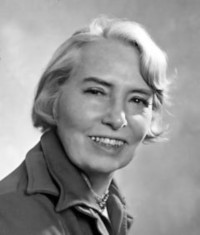 Bettina Bien Greaves - Hero of the Day, The Daily Objectivist, 2000

... Bettina worked in a number of jobs before gravitating in 1951 to Leonard Read's Foundation for Economic Education ... Bettina has long been a thoughtful and determined champion of the work of Ludwig von Mises, the great Austrian-born economist ... In the 50s and 60s she attended the famous Mises seminar in economic theory at New York University. She is the author of an authoritative two-volume Annotated Bibliography of works by and about Mises; has edited an anthology, Austrian Economics; and most recently, in 1998, edited the Mises collection Interventionism: An Economic Analysis.
How I Became a Libertarian and an Austrian Economist, by Richard Ebeling, 2 May 2016
Autobiographical essay highlighting the people and events who influenced Ebeling in his path to libertarianism and Austrian economics

Around this time [1967], I discovered The Freeman, published by Foundation for Economic Education ... I was soon in correspondence with Bettina Bien Greaves, a senior staff member at the Foundation for Economic Education. She generously guided me to begin reading a much wider group of works on free market economics and the Austrian Economists in particular ... Bettina Bien Greaves also arranged for me to attend a FEE summer seminar at Irvington-on-Hudson, New York the week after the [June 1974] South Royalton conference was over.
Related Topics: Economics, Austrian Economics, Friedrich Hayek, Institute for Humane Studies, Israel Kirzner, Ludwig Lachmann, Libertarianism, Man, Economy, and State, Ludwig von Mises, Ayn Rand, Murray N. Rothbard
A Salute to Bettina Bien Greaves, by Jim Powell, The Freeman, Jul 1997
Guest editor column, written for Greaves' 80th birthday to show an appreciation and the extent of her work for liberty

Bettina Bien Greaves is an extraordinary, unsung resource for liberty. Now FEE's Resident Scholar, ... She has done so many things for so many people for so long, it's past time to publicly acknowledge her myriad contributions ... Bettina made herself perhaps the premier archivist of the postwar libertarian movement ... Her files include a remarkable collection of articles by Rose Wilder Lane. She has Henry Hazlitt's 20 years of Newsweek columns. She has what is probably the world's largest collection of material on Frederic Bastiat—plus material on Frank Chodorov, Murray Rothbard, and many other important thinkers.
Related Topics: Foundation for Economic Education, Libertarianism, Ludwig von Mises

Henry Hazlitt, a journalist, writer, and economist, was born in Philadelphia. His father died soon after his birth, and he attended a school for poor, fatherless boys. His mother remarried, and the family moved to Brooklyn, New York ... Some dismiss Hazlitt as "just an economic journalist." But he was no ordinary economic journalist, no "secondhand dealer in ideas: in the sense used by economist F. A. Hayek. He was an original thinker who contributed to an understanding of economics and libertarian principles and to their dissemination among millions. He died on July 9, 1993.
Related Topics: Henry Hazlitt, Economics, Ethics, Ludwig von Mises
Unemployment by Legal Decree, The Freeman, Aug 1956
Discusses the $1.00 an hour minimum wage law passed in March 1956 and its effects, in particular, in Puerto Rico where the legal minimum appeared to be already too high for that market

Last year, when Congress was debating the question of a new minimum wage law, labor unions were strong in their praise of such a bill. When the new minimum of $1.00 an hour for workers in 'covered' industries became effective on March first of this year, they patted themselves on the back for their part in its passage. ... Modern politicians, who try to legislate high wages, should realize that such laws help cause unemployment among the workers 'covered.' It is a basic economic truth that goods or services priced higher than the market warrants must inevitably remain unemployed.
Related Topics: Minimum Wage Laws, Unemployment, Wages

AEN: How did the most recent Mises book, Interventionism: An Economic Analysis, come to be written and published?
GREAVES: This is a fascinating case. Mises came to the United States in 1940, and this must have been written soon after, but nothing ever came of it. This was a very sad and difficult period in his life ...
AEN: And to explain the workings of economic liberty is a driving force behind your work.
GREAVES: Yes it is. I loved working on Mises's bibliography ... his ideas and economic theories are more important. Promoting them will be the most fitting tribute possible to Mises.
Related Topics: Federal Reserve System, Government, Percy L. Greaves Jr., Henry Hazlitt, Human Action, Ludwig von Mises, Leonard Read, Franklin D. Roosevelt