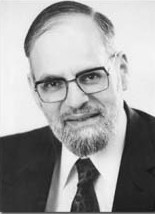 Israel M. Kirzner, a British-born economist and theorist, is associated with the Austrian School and was a student of Ludwig von Mises. He has been an important academic representative of the Austrian School of Economics in America, holding a professorship of economics at New York University from 1957 to the present. ... Kirzner received an MBA from New York University (NYU) in 1955. While pursuing that degree, he came across Ludwig von Mises's seminar; under Mises's influence, he decided to pursue a career in academic economics instead of accountancy as he had originally planned.
Related Topics: Austrian Economics, Entrepreneurship

London-born Kirzner (b. 1930) is the most important living economist in the Austrian School. ... His latest publication is The Driving Force of the Market, previous books include The Economic Point of View (1960), Market Theory and the Price System (1963), An Essay on Capital (1966), Competition and Entrepreneurship (1973), Perception, Opportunity and Profit (1979), Discovery and the Capitalist Process (1983), Discovery, Capitalism and Distributive Justice (1989), The Meaning of the Market Process (1992), and Essays on Capital and Interest (1996).

[I] must tell you now that there is something I am proud of. And that is that all of my husband's former students, from the Vienna seminar as well as the New York seminar ... I also want to give special thanks to Professor Israel Kirzner, who helped me put the material together for a chapter on Austrian economics. Here is another example of a famous man who has helped me because of his devotion to his great teacher.
Related Topics: Atlas Network, Foundation for Economic Education, The Freeman, Grove City College, F. A. Hayek, Hillsdale College, Human Action, Mises Institute, Ludwig von Mises, Lew Rockwell, Murray N. Rothbard, Hans Sennholz
Cantillon for Laymen, by Karen De Coster, Mises Daily, 7 Jun 2006
Discusses in general terms the themes in Richard Cantillon's Essai sur la nature du commerce en général (1755), including a short biographical section

Economist Israel Kirzner, in his theory of competition and entrepreneurship, asserts that "decisions necessarily involve an entrepreneurial element." The non-entrepreneurial element consists mostly of tasks such as calculation, whereas the entrepreneurial element involves a "shrewd and wise assessment of the realities (both present and future) within the context of which the decision must be taken" (Kirzner 1985, pp. 16-17). ... Kirzner, Israel M. 1985. Discovery and the Capitalist Process. Chicago: University of Chicago Press.
Related Topics: Richard Cantillon, Entrepreneurs, F. A. Hayek, François Quesnay, Murray N. Rothbard, Adam Smith
How I Became a Libertarian and an Austrian Economist, by Richard Ebeling, 2 May 2016
Autobiographical essay highlighting the people and events who influenced Ebeling in his path to libertarianism and Austrian economics

Israel Kirzner was and is the "ideal type" of the economist's economist. Whether in his office at NYU or in the Austrian Economics seminar, Kirzner was the deliberative, balanced and thoughtful thinker, who in the most scholarly manner explained the Austrian theory of entrepreneurship and the market process, while always showing the most careful respect and attention to alternative approaches and conceptions of the market order within the economics profession. His training as a rabbinical scholar, with its detailed appreciation to words, meanings and conceptual nuance was ever present ...
Related Topics: Economics, Austrian Economics, Bettina Bien Greaves, F. A. Hayek, Institute for Humane Studies, Ludwig Lachmann, Libertarianism, Man, Economy, and State, Ludwig von Mises, Ayn Rand, Murray N. Rothbard
Israel M. Kirzner and the Austrian Theory of Competition and Entrepreneurship, by Richard Ebeling, Freedom Daily, Aug 2001
Written on occasion of Kirzner's academic retirement at age 71; begins with biographical summary and then focuses on Kirzner's understanding of entrepreneurs in the market "process" and the detrimental effects of government intervention in the market

In the 40 years since earning his doctoral degree, Kirzner has published 11 books, more than 100 articles, and more than 30 book reviews. He has also been one of the leading intellectual forces in bringing about the revival of the Austrian school of economics, after its long hiatus following the triumph of Keynesian economics after the Second World War. Besides Kirzner's influence through the originality and persuasiveness of his writings, in 1976 he founded an Austrian economics graduate study program at New York University that has helped to successfully train a new generation of Austrian economists.
Related Topics: Austrian Economics, Entrepreneurship, Free Market, Government, F. A. Hayek, Ludwig von Mises
The Pretense of Regulatory Knowledge, by Sheldon Richman, The Goal Is Freedom, 3 Oct 2008
Written shortly after the collapse of Lehman Brothers, amidst calls for "re-regulation" of financial markets, contrasts regulation and central planning vs. the market discipline

Israel Kirzner followed up Mises and Hayek by applying the socialist-calculation critique directly to government regulation of the market in his paper "The Perils of Regulation: A Market-Process Approach." The value of Kirzner's argument lies is in his pointing out that although the advocate of regulation — unlike the advocate of central planning — seeks not to obliterate the market but only to modify it, facts of life that inevitably haunt the planner also plague the regulator. Kirzner shows that ... the Austrian school ... can make an additional, distinctive case that is tied to ... entrepreneurial discovery ...
Related Topics: Bureaucracy, Free Market, F. A. Hayek
The Undiscountable Professor Kirzner, by Roger W. Garrison, The Freeman, Aug 1997
Review of Kirzner's 1996 Essays on Capital and Interest, a collection of three previously published essays

The final essay ... is clearly the work of a well-seasoned scholar. Professor Kirzner's good scholarship shines through in all his writings, but here we see him as a veteran of many symposia and conferences complete with their unyielding question-and-answer sessions. His work now has a growing and challenging audience. He responds to criticisms as if he has heard those criticisms many times in many different forms—because he has. The exchanges with allies and critics over the years have allowed him to clarify his own ideas and to offer them in the most rhetorically effective ways.
Related Topics: Eugen von Böhm-Bawerk, Austrian Economics, Entrepreneurship, F. A. Hayek, Ludwig von Mises

The Economics of Errant Entrepreneurs, The Freeman, Aug 1987
Discusses whether entrepreneurial error, that is, unsuccessful, unprofitable entrepreneurs provide some benefits to society, compared to the benefits derived from successful ones

A recent stimulating Freeman article by Jane S. Shaw (April, 1987) provocatively drew attention to some of the benefits derived by society from entrepreneurial daring and imagination—even when it turns out that these are expressed in ventures that lose money and eventually fall by the wayside ... [T]he incredible successes of capitalism do not depend on such follies; they depend on the stimulus the system provides to farsighted, clear-visioned entrepreneurs who are, at all times, competing away resources from foolish ventures towards more judicious, more accurate, dreams and aspirations.
Related Topics: Capitalism, Entrepreneurship, Montana
The Nature and Significance of Economic Education, The Freeman, Oct 1998
Revised version of lecture given 19 March 1998; explains why economic education of both the general public and legislators is needed and why a teacher, such as Mises, must remain scientifically detached even if passionate about the teaching goals

For many years I have been fascinated by what at first glance seems a paradoxical feature in Ludwig von Mises's attitude to the economics he taught. I believe that this seeming paradox in the life and work of my revered teacher can provide us with the key to understanding the role of economic education ... The legitimate moral, and even passionate, commitment with which the Foundation and its supporters seek to promote its goals need not (in fact, dare not) compromise the detachment and objectivity of the content of the economic education, the dissemination of which makes up those goals.
Related Topics: Economic Fallacies, Economic Resources, Economics, Austrian Economics, Entrepreneurship, Foundation for Economic Education, Free Market, Government, Human Action, Ludwig von Mises, George Stigler

No living economist is as closely identified with the Austrian School as Israel M. Kirzner, professor of economics at New York University, a leader of the generation of Austrians after Mises and Hayek, and an adjunct scholar of the Mises Institute. He wrote his dissertation under Mises, later published as The Economic Point of View (1960), and broke new theoretical ground in his Competition and Entrepreneurship (1973). Kirzner is author of seven additional books, his newest on capital and interest from Edward Elgar (1997), and dozens of articles ... He was interviewed in his office at NYU ...
Related Topics: Capital Goods, Economics, Austrian Economics, Entrepreneurship, Ethics, F. A. Hayek, Ludwig Lachmann, Ludwig von Mises, Monopoly, Murray N. Rothbard, Joseph Schumpeter, Technology

The introductory paragraph uses material from the Wikipedia article "Israel Kirzner" as of 8 Jun 2018, which is released under the Creative Commons Attribution-Share-Alike License 3.0.