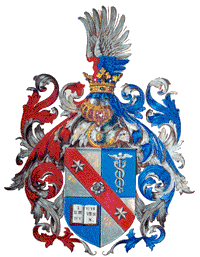 Congratulations to RALPH RAICO, the winner of the Gary G. Schlarbaum Prize for Lifetime Achievement in the Cause of Liberty ... Professor Raico was a 17-year-old high school student when he first knocked on Ludwig von Mises's door. He studied economics at Mises's famed New York seminar, learned German upon his advice, and translated Mises's Liberalism into English. Raico became a close friend and colleague of Murray Rothbard, and took his PhD at the University of Chicago under the tutelage of F.A. Hayek.
Related Topic: Ralph Raico
2001 Gary G. Schlarbaum Prize, The Gary G. Schlarbaum Prize, 28 Sep 2001

For lifetime defense of liberty, given annually 1999 - 2013, $10,000 and a medallion, to a public intellectual or distinguished scholar.

Block Attacks Rockwell for 'Extremism', by Walter Block, 28 Jul 2006
A tongue-in-cheek commentary by Block on Rockwell's "The Real Cause of Blackouts" (27 July 2006) about California and New York blackouts and his demand for privatizing utilities

It is no wonder that the Mises Institute is not popular with the beltway crowd. It is easy to understand why those associated with this organization are not regularly interviewed by the New York Times, and do not regularly appear on major network television. It is totally comprehensible that this group limps along with an extremely (get that!?! poetic justice, here) small budget, compared to other "free market" think tanks that have caved in, no, no, I meant, taken on a more moderate position. It is all because of Rockwell's unmitigated disaster of an extremist policy!
Related Topics: Bureaucracy, Electric Power, Lew Rockwell
A Call to Activism, by Margit von Mises, The Free Market, Jun 1984
Speech delivered 27 Feb 1984 at a Mises Institute dinner in her honor; relates how she wrote My Years With Ludwig von Mises, then calling her late husband, Ludwig von Mises, an "activist of the mind" and encouraging others to become likewise

[Think] of ... the Ludwig von Mises Institute, which in a very short time has attracted 14,000 contributors, begun an extensive teaching, fellowship, and publications program, held a very successful conference on the gold standard in Washington, DC, and become integrated with Auburn University ... I can see more universities asking the ... Institute for assistance in choosing professors to teach the economics of the free market. And I can see, as an activity of the Institute, establishment of fellowships to permit young journalists to enjoy a full year of study in Austrian economics to further their understanding ...
Related Topics: Atlas Network, Foundation for Economic Education, The Freeman, Grove City College, F. A. Hayek, Hillsdale College, Human Action, Israel Kirzner, Ludwig von Mises, Lew Rockwell, Murray N. Rothbard, Hans Sennholz
How Empires Bamboozle the Bourgeoisie, by Lew Rockwell, Mises Daily, 28 Oct 2006
Speech at the Mises Institute Supporter's Summit; comments on two issues related to the U.S. population reaching 300 million: what kind of economy is needed to support that population and do all these people need to live under the same central government

Why is it then that the Mises Institute is nearly alone in championing such a policy? After all, it is part of the conventional apparatus of received opinion in this country that people who love free enterprise also love war, while those who love peace are also friendly to socialism and people-impoverishing ideologies like environmentalism. Why is it that the Mises Institute position on this is so rare? ... And today we stand out among institutions for upholding this ideal. And yes, this opinion is still rare ... Never has the work of the Mises Institute been more essential.
Related Topics: American Revolutionary War, Capitalism, Thirteen Colonies, Democracy, Germany, Government, Patrick Henry, Imperialism, Iraq War, Ludwig von Mises, Murray N. Rothbard, Socialism, United States, Washington, D.C.
The life and times of Murray N. Rothbard, by Jim Powell
Full title: The life and times of Murray N. Rothbard, who showed why private individuals can do just about everything that needs to be done
Lengthy biographical essay

[O]ne cannot much fault Doherty when he says:

These days, war revisionism is ignored by most mainstream libertarian institutions ... Nowadays, only some writers associated with the Ludwig von Mises Institute ... are apt to link libertarianism and revisionism. (p. 63)

... What exactly counts as a "mainstream" libertarian organization? Doherty keeps his criteria of selection to himself nor does he tell us why the Mises Institute fails to meet them ... He says that Robert Poole "sums up the most charitable [sic] current assessment of Rothbard in most mainstream libertarian institutions outside the Mises Institute ..." (p. 567).
Related Topics: Cato Institute, United States Constitution, Libertarianism, Ron Paul, Virginia Postrel, Ayn Rand, Reason Foundation, Murray N. Rothbard, War
Rothbard, Murray (1926-1995), by Brian Doherty, The Encyclopedia of Libertarianism, 15 Aug 2008
Biographical and bibliographical essay

In 1982, Rothbard became vice president for academic affairs at the Ludwig von Mises Institute, formed by former Ron Paul staff member Llewellyn Rockwell, Jr. The Mises Institute became Rothbard's main berth for activism and movement education during the remainder of his life. Under the auspices of the Mises Institute, in 1985 Rothbard founded and edited an academic journal dedicated to Austrian economics research, The Review of Austrian Economics, which he edited until his death.
Related Topics: Murray N. Rothbard, Circle Bastiat, Central Banking, For a New Liberty, The Libertarian Forum, Libertarianism, Libertarian Party, Man, Economy, and State
Von Mises Finds A Sweet Home In Alabama, by Kyle Wingfield, The Wall Street Journal, 11 Aug 2006
Describes the Mises Institute, its location, its programs, faculty and students, including comments from Jeffrey Tucker (then a vice president at the institute) and Italian scholar Alberto Mingardi

[My] acquaintances had spent time at the Ludwig von Mises Institute, an unaffiliated think tank located just off-campus [of Auburn University] that preaches the works of Friedrich Hayek, Murray Rothbard and other economists from the Austrian School — including, of course, the institute's namesake ... [The] Institute opened its doors [in 1982], publishing free-market texts in a variety of languages and drawing scholars for research sabbaticals and formal programs such as its week-long Mises University every summer ... [It] counts free-marketers from more than 30 states and at least 23 countries among its faculty.
Related Topics: Alabama, Austrian Economics, Europe, Ludwig von Mises
Why Be An Economist? To Be Happy, That's Why, by Walter Block, Mises Daily, 21 Dec 2006
Block contrasts his recommendations to students interested in economics (getting a PhD. and becoming a professor or similar career) vs. advice from another professor (majoring in economics and finance with a view towards a finance career)

Take the Mises Institute as a case in point. Yes, it has attracted quite a number of world class Austro-libertarian scholars. But there is also an entirely different cast of financial supporters who work behind the scenes to make the Mises Institute as it is presently constituted possible. Those, preeminently businessmen, are also responsible for the great success of the Institute. So, why do I not join my colleague in recommending finance and ... a career in business ..., so that, eventually, they too can contribute financially to groups like the Mises Institute?
Related Topics: Economics, Law, Libertarianism, New York City
The Wisdom of LeFevre, by Lew Rockwell, The Free Market, Jul 2001
Discusses various aspects of LeFevre's thoughts, e.g., the distinction between true and artificial government, patriotism, and includes excerpts from a draft new Declaration of Independence

The Mises Institute is honored and thrilled to be entrusted with the literary legacy of Robert LeFevre and the Freedom School, and grateful to Ross and Charlotte Anderson for making it possible. There are 10,000 books, and among the papers are transcripts of lectures by many giants of the libertarian cause, Mises among them. What a collection it is. Come visit us in Auburn and see the new Freedom School. Here is one piece of his legacy.
Related Topics: Colorado, United States Declaration of Independence, Government, Robert LeFevre, The State, Voluntaryism

Do You Consider Yourself a Libertarian?, by Lew Rockwell, Kenny Johnsson, 25 May 2007
Interview by Kenny Johnsson for the short-lived "The Liberal Post" blog; topics discussed include libertarianism, statism, war, elections, taxes, anarchism and the U.S. Constitution

Johnsson: How did the Mises Institute get started?
Rockwell: I founded the Mises Institute in 1982 in cooperation with Mises's widow Margit. The idea was to provide an infrastructure of support for Misesian thought, primarily in economics but also in other areas. Rothbard was an enormous help. We ended up as his main publisher at a time when others found him to be too radical, just as people found Mises to be too radical. The Mises Institute is celebrating its 25th anniversary this year. It has become a major force in the world of ideas. I'm thrilled at the progress we've made.
Related Topics: Anarcho-Capitalism, Conservatism, United States Constitution, Government, Libertarianism, Murray N. Rothbard, The State, Taxation, Voting, War
Faculty Spotlight Interview: Jeff Riggenbach, by Jeff Riggenbach, 18 Mar 2010
Topics discussed include Austrian economics, the Mises Institute, the people who inspired Riggenbach, alternate career paths, hobbies, his book Why American History is Not What They Say and revisionist history

What drew you to the Austrian school and the Ludwig von Mises institute?
... After 9-11, ... while most of ... of the United States, including much of the libertarian movement, became crazed by war fever, the Mises Institute stood resolute and unyielding in its devotion to the Rothbardian view of war, peace, and the State ... I began visiting the Mises.org website ... I learned that the ... Institute is one of the most important institutions of the modern libertarian movement, especially in its devotion to the task of keeping libertarians conversant with and dedicated to ... the "plumb line"—the basic, underlying principles of libertarianism.
Related Topics: Roy Childs, Austrian Economics, Murray N. Rothbard, The State
Faculty Spotlight Interview: Wendy McElroy, by Wendy McElroy, 3 Feb 2011
Asks McElroy about her hobbies, Murray Rothbard, the Mises Institute, Benjamin Tucker, Auberon Herbert, libertarianism and the feminist movement and her advice for future Austrian scholars

What drew you to the Austrian school and to the Ludwig von Mises Institute?
I was drawn to both by the inimitable economist and historian Murray Rothbard ... [T]he Mises Institute had the immediate appeal of being home to Murray; and, where the 'bow tie' went, a lot of us followed. Mises also had (and has) the rare talents of Lew Rockwell, who combines an eloquent understanding of the ideas with unusual administrative skill. This makes for a principled and well-oiled institute. I do not always agree with those principles–for example, I am adamantly anti-voting–but Mises has always tolerated such disagreements.
Related Topics: Auberon Herbert, Libertarianism, Murray N. Rothbard, Benjamin Tucker

The Austrian is unapologetically radical and politically incorrect. Each issue features provocative articles by cutting-edge libertarian and Austrian thinkers, conversational interviews with leading business people and intellectual entrepreneurs, reviews by David Gordon, and cultural commentary by guest writers. It is published six times a year and replaces The Free Market (1983–2013).
The Free Market
Monthly

The Journal of Libertarian Studies was founded by Murray N. Rothbard in 1977 and is the premiere venue for the advancement of liberterianism, anarcho-capitalism, the individualist society, and non-interventionism as the first principle of political theory and practice.
Related Topic: Libertarianism
Mises Daily
Daily

The Mises Daily presents relevant short articles from the perspective of an unfettered free market and Austrian economics. Written for a broad audience of laymen and students, the Mises Daily features a wide variety of topics including everything from the history of the state, to international trade, to drug prohibition, and business cycles.

In addition to the gold standard, the hard-money camp also has an ideological foundation in free-market Austrian economics.
Related Topic: Austrian Economics

Money, Banking and the Federal Reserve, by Mises Institute, Ron Paul, Lew Rockwell, Murray N. Rothbard, Joseph Salerno, 1996
Explains the origins of money and banking, how and why the Federal Reserve was created and the effects it has had on society. Dedicated to Murray Rothbard.
Related Topics: Banking, Federal Reserve System, Money

The introductory paragraph uses material from the Wikipedia article "Mises Institute" as of 12 Jul 2018, which is released under the Creative Commons Attribution-Share-Alike License 3.0.