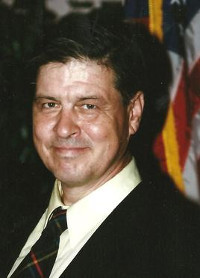 Sobran's -- The Real News of the Month

"Progressives used to talk confidently about 'building a new society.' ... The intellectual cornerstone of the New Society was ... that human behavior is in principle caused by factors outside the agent's control. ... Even our official language expresses the regnant ideology. Hence we now have departments not of penal justice, but of 'correction.'"
Related Topics: Personal Responsibility, Dave Walter
Bush's Learning Problem, The Reactionary Utopian, 12 Oct 2006
Discusses George W. Bush's behavior with regard to his enemies, pondering he may have never learned one of the fundamental concepts of chess strategy

"When I was a kid learning to play chess, I couldn't wait to move my queen. She was the most powerful piece on the board, Guess what? On his next turn, my opponent captured her. It hurt my little feelings, but those were the rules. I soon learned to take into account the danger that if I exposed her too soon, I would lose her. ... Bush's actions and policies get increasingly hard to defend. ... It's symptomatic that he can’t imagine how the world looks to his enemies, whom he can describe only in rigidly moralistic terms, as if they must know how evil they are. Sensible statesmen don't act this way. Neither do normal people."
Related Topics: George W. Bush, North Korea
Bush's Place in History, The Reactionary Utopian, 6 May 2006
Considers the Bush presidency from his candidacy description of himself as a "uniter" to Bush saying he is "the decider" (18 Apr 2006), from his popularity after the 11 Sep 2001 attacks to his "abysmal" poll ratings in 2006

"Back in 2000, candidate George W. Bush described himself as 'a uniter, not a divider.' If we didn't all remember that, you'd think I'd made it up. Now Bush has dubbed himself 'the decider.' Well, things change, people change, and our perceptions of them change; but with Bush, everything has changed, and in the most startling way, beginning with his election. ... It's a crazy time, when the old verities don't seem to apply anymore ... One small consolation is that the Bushes are unlikely to have airports, schools, and stadiums named after them. It looks as if their place in history is already secure."
Related Topics: George W. Bush, Conservatism
Finding the Flaws, 25 Mar 1997
Discusses how governments naturally attempt to influence each other, the democratic flaw of voting for benefits at others' expense, in particular children, and how the U.S. Constitution has failed to avoid this outcome

"Governments try to influence each other all the time. Our government hasn’t been shy about nudging Israeli, Russian, and other elections toward what it considered the right outcomes.... Governments are made to be bribed. The bigger they get, the more surely they will become corrupt. Power has a market value, and concentrating power increases the pressure, usually through the medium of money, on any leak. Nature finds the human flaws in any system."
Related Topics: Children, United States Constitution, Democracy, Government
Glorious War!, The Reactionary Utopian, 31 Aug 2006
Discusses how, after the Bush father and son presidencies, the Republican Party and conservatism became associated with militarism and war

"Most observers are predicting a rout of the Republicans in this fall's elections. Some think the Democrats can even recapture both houses of Congress. I hope so. Oh, how I hope so. May the Republicans perish forever. May vultures gobble their entrails. May their name be blotted out. In short, may they lose their shirts in November. ... The presidency of George W. Bush has been one long object lesson in unintended consequences. It's amusing to recall that his father was kidded for using the phrase wouldn't be prudent, an expression the son could profitably adopt."
Related Topics: George W. Bush, Conservatism, Republican Party, War
Honoring Jefferson, 1 Jul 2004
Argues the 2004 cover of Time magazine, featuring Jefferson, as well as numerous articles in it, merely pay "lip service (to his genius) while missing the essence of it"

"A master of several languages and many sciences, Jefferson sought to reduce political philosophy to simple terms every American could understand. The Declaration distills the political philosophy of John Locke, which Jefferson regarded as the consensus of reasonable men of his own generation."
Related Topics: Thomas Jefferson, Abraham Lincoln, John Locke
How Lincoln Gave Us Kwanzaa, The Reactionary Utopian, 7 Dec 2006
While planning for his holidays, Sobran discusses a couple of books about the Gettysburg Address

"Kwanzaa is imminent, but I'm planning to observe the holidays in a more traditional manner, curling up with The Snoop Dogg Christmas Album. Mutatis mutandis, Snoop Dogg is this generation's Nat 'King' Cole, and I look forward to his interpretation of that old chestnut 'The Christmas Song.' ... But don’t waste your time trying to explain even to Bush's partisans that Lincoln was a much worse president than Bush. By a consensus I can only call bipartisan, Lincoln is a god, to whom we all owe our freedom — you, me, and Snoop Dogg alike. "
Related Topic: Abraham Lincoln
None Dare Call It Hypothetical, The Reactionary Utopian, 20 Dec 2005

"In a word, the Constitution is anti-monarchical. ... it provides for things like elections ... and impeachments, which, though essential protections, are all too rare. Elections without the real threat of impeachment invite the abuse of power. Monarchism ... is a perennial temptation, even under the forms of a republic ..."
Related Topic: United States Constitution
Penumbras, Emanations, and Stuff, The Reactionary Utopian, 6 Feb 2006

"The Tenth is often referred to as 'the states' rights amendment,' but that's not quite accurate. It speaks of powers, not rights. ... The Federal Government could exercise only those powers listed ... in Article I, Section 8. It was pretty specific: coining (not printing) money, punishing counterfeiters, declaring war, and so forth. "
Related Topics: United States Constitution, Reserved Powers
President Paul?, The Reactionary Utopian, 25 Jan 2006
Commentary and anecdotes on hearing that Ron Paul had formed an exploratory committee for his 2008 U.S. Presidential bid

"Dozens of people have announced their candidacies for the White House in 2008, and if I had to bet at this point, I would put my money on the old woman. Hillary may be awful, but at least she is predictable. I suppose I can learn to resign myself to her. ... Taken literally, this would reduce the government to about 5 percent of its current size. That would be a huge improvement. If nothing else, the Constitution stands as a reminder of what normality used to be. Well, I can dream, can't I? And today I'm dreaming of President Ron Paul, with a Congress he deserves."
Related Topics: United States Constitution, Ron Paul, Republican Party
The Case against Football, The Reactionary Utopian, 10 Jan 2006

"The big decisions, under the U.S. Constitution, were supposed to be made by the Congress, and 'faithfully executed' by the president. Thus Congress declared war after Pearl Harbor and Franklin D. Roosevelt then (and only then) assumed the powers of commander in chief of the armed forces."
Related Topic: United States Constitution
The Myth of "Limited Government", 20 Dec 2001
Related Topic: Limited Government
The Price of Bush, 11 Oct 2005
Examines the George W. Bush presidency a year after his re-election and argues that conservatives should have known better than supporting him earlier on

"A year ago, John Kerry caused conservatives to rally behind President Bush; even I, no fan of the president, softened on him, given the alternative, when the 2004 election seemed likely to be almost as close as the one in 2000. I was relieved to the point of elation when Bush won a clear victory. ... Democrats paid a heavy price for supporting [Johnson's] war in Vietnam along with his multifarious social programs. They tried to recoup by pretending he hadn't happened and moving leftward, but liberalism got a bad name and by 1994 they'd lost the electoral majority they'd taken for granted since the New Deal."
Related Topics: George W. Bush, Conservatism, Republican Party
The Servile State Revisited, The Wanderer, 5 Jun 2003
Ponders David Hume's observation as to the ease with which "the many are governed by the few"

"We are taught to beware of violent tyrannies like those of Stalin and Hitler. But we are seldom warned against the bland and gradual tyranny of the bureaucratic State, which is the one modern man typically lives under. ... The parasites know they depend on the State; but many of the productive people who create the wealth that supports the parasites are also convinced that their freedom depends on the State. The bureaucratic State has blurred the lines, disguising the opposition of interests."
Related Topics: Democracy, Law, Military Industrial Complex, The State
The Trouble with Vouchers, 11 Sep 1997
Responding to an article by the Denver Archbishop advocating for vouchers, points out the problem with such a plan: it "leave[s] the state in charge of all schools"

"Education, after all, is largely thought control. Unthinking people who merely repeat clichés will tell you they are all in favor of the one and absolutely opposed to the other. But it's precisely because schools do control what children and adolescents think that the power of doing so, like most forms of power, should be dispersed in private hands rather than concentrated in the state."
Related Topic: Educational Freedom
We the Sheep, The Reactionary Utopian, 7 Mar 2006

"It's bad enough being a 'citizen,' so I decided some time ago not to compound my troubles by being a 'voter' too. This enabled me to see the world with an exhilarating clarity. Suddenly all the politicians bidding for my vote became comical little butts ... At least I didn't feel I was their butt anymore. Their slave, maybe, but no longer their butt."
Related Topics: Democracy, Voting

The introductory paragraph uses material from the Wikipedia article "Joseph Sobran" as of 06 Jun 2018, which is released under the Creative Commons Attribution-Share-Alike License 3.0.