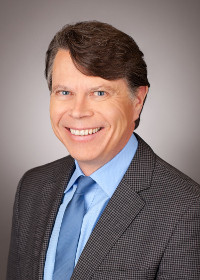 Donald Joseph Boudreaux (born 10 September 1958) is an American economist, author, professor, and co-director of the Program on the American Economy and Globalization at the Mercatus Center at George Mason University in Fairfax, Virginia.

His PhD in economics is from Auburn University (1986) and his law degree is from the University of Virginia (1992). He has lectured, in the United States, Canada, Latin America, and Europe, on a wide variety of topics, including the nature of law, antitrust law and economics, and international trade. He is published in The Wall Street Journal, Investor's Business Daily, Regulation, Reason, Ideas on Liberty, The Washington Times, The Journal of Commerce, the Cato Journal, and several scholarly journals ...

Donald J. Boudreaux's resume includes positions at two of the most celebrated organizations in the libertarian movement: The Foundation for Economic Education (FEE) and George Mason University. At FEE, an Irvington-on-Hudson, New York-based research center that promotes individual freedom, private property, limited government, and free trade, Boudreaux served as president from 1997 to 2001. Since 2001, he has served as chairman of the Department of Economics at George Mason University -- a Fairfax, Virginia institution that is known worldwide for its libertarian scholarship.
Donald J. Boudreaux | Competitive Enterprise Institute
Includes links to op-eds and articles as well as CIE studies
Donald J. Boudreaux - Online Library of Liberty
Includes link to a "Liberty Matters" (an online discussion forum) event led by Boudreaux

Professor Donald J. Boudreaux was the Chairman of the Department of Economics at George Mason University in Fairfax, Virginia, from August 2001 to August 2009. Previously, he was Director of the Center for the Study of Public Choice; president of the Foundation for Economic Education (1997-2001); Associate Professor of Legal Studies and Economics at Clemson University (1992-1997); and Assistant Professor of Economics at George Mason University (1985-1989). ... He is the author of Globalization (Greenwood Press, 2008) and has a blog (with Russ Roberts) entitled Cafe Hayek.

Toying with the Free Market, by Sheldon Richman, Freedom Daily, Dec 1998
Discusses the 1998 Toys "R" Us restructuring announcement and the 1996 Federal Trade Commission complaint that the firm had engaged in monopolistic practices

There is a similar free-rider problem in toy retailing. As Donald Boudreaux, the economist and president of the Foundation for Economic Education, has written, Toys "R" Us makes two big investments that benefit consumers and toymakers: it advertises particular toys heavily (providing specific information) and has buildings big enough to hold a full line of toys all year. By stocking virtually every toy, the chain pays to discover which toys are popular and which are not. The discounters free-ride off that investment and confine their inventories to the most popular toys.
Related Topics: Business, Free Market, Monopoly

Julian Simon’s unexpected death in February brought a major loss. With the passing of this noted free-market champion, humankind lost a genuine hero; the economics profession lost one of its most brilliant, if underappreciated, members; FEE lost the wisdom of an original member of its Council of Scholars; and I lost a kind and dear friend. ... But that's the beauty of the free market: it is so full of creative heroes that we cannot honor them all! Julian Simon was one such hero, a man who deeply cared about people. We are all poorer now that his genius and immense humanity are lost to us forever.
Related Topics: Economic Resources, Free Market, Julian Simon, Transportation

Leonard E. Read, an activist, a fundraiser, and an administrator, is best known for originating the oldest existing free-market nonprofit in the world, the Foundation for Economic Education (FEE). At the time of its founding, FEE was "[t]he only organization that introduces newcomers to the idea of the free market as a moral institution ..." ... In his final book, The Path of Duty (1982), he reemphasized the "power of attraction ... [and how libertarians must] become so proficient in understanding and explaining freedom that others will seek [their] tutorship."
Related Topics: Leonard Read, Frédéric Bastiat, Foundation for Economic Education, Edmund A. Opitz, Socialism
A scholar's scholar retires, TribLIVE.com, 21 Jul 2015
Discusses Higgs' retirement, highlighting his books Competition and Coercion and Crisis and Leviathan as well as his identification of "regime uncertainty"

My dear friends Bob and Elizabeth Higgs will soon move from Louisiana to a remote corner of Mexico. Bob says that visits north of the border will be few. The Higgses plan to retire away from it all with a completeness that few of us dare to attempt. Bob is one of our greatest living scholars. Specializing in economic history, Bob's first major work is his 1976 book, "Competition and Coercion." ... No summary can capture the depth, breadth and wisdom of Bob's work. But I hope that I've at least sparked interest in some readers to encourage them to read Bob's contributions directly.
Related Topics: Government, Robert Higgs, Franklin D. Roosevelt, The State
Simon, Julian (1932-1998), The Encyclopedia of Libertarianism, 15 Aug 2008
Biographical essay

Julian Simon was one of the most underappreciated economists of the 20th century. ... Julian Simon's legacy is profound. Free people are net producers—they are 'the ultimate resource.' Thus, controls on production, creativity, and industry designed to 'conserve' resources are likely to have the opposite effect in the long term. Simon's work demonstrates that those people who value continued abundance for future generations should support the free market, which rewards both efficiency and creativity in developing new resources.
Related Topics: Julian Simon, Economic Resources
Thoughts on Freedom - Politics and Prohibition: It Wasn't American Protest That Ended Alcohol Prohibition, The Freeman, Mar 2002
Explains why, based on the story of alcohol prohibition, drug prohibition will not end solely on the realization of policy failure and side effects such as gang violence

Writing in the December 2001 Atlantic Monthly, Judge Richard Posner called for an end to the 'war on drugs.' He is among a small but growing number of eminent scholars and officials who openly advocate that the state get out of the drug-prohibition business. ... So while I applaud Judge Posner and all others who advocate ending the drug war ... if the history of alcohol prohibition is a guide, drug prohibition will not end merely because there are many good, sound, and sensible reasons to end it. Instead, it will end only if and when Congress gets desperate for another revenue source.
Related Topics: War on Drugs, Prohibition

... Vernon is our second Nobel Prize winner at George Mason. Jim Buchanan, who won in 1986, was our first. We're obviously very proud as an institution to have that, because we are the most notable free-market economics department in the world. ... He toasted free markets. He toasted private property. He toasted the rule of law. He toasted those who speak out against income redistribution. He got pretty good applause. I don't know if people drank too much and didn't understand what he said, or if he persuaded them. But it was a very courageous and very eloquent toast ...
Related Topics: George W. Bush, Free Market, Nobel Prize, Vernon L. Smith

Economics: Is Raising Minimum Wage A Bad Idea? - Learn Liberty, 14 Jan 2016
Discusses three reasons why mandating a $15 minimum wage is counterproductive: it kills jobs, it hurts those most in need of help and coercive laws aren't necessary since businesses voluntarily give raises to deserving employees
Related Topic: Minimum Wage Laws
Free Trade vs. Protectionism, 31 Aug 2011
Defines free trade and protectionism, the use of tariffs to implement the latter, and gives Hong Kong and the United States as examples of the benefits of free trade

Free trade is simply a policy of treating foreign goods and services no differently than domestic goods and services are treated. ... [Hong Kong] allows its citizens to buy, on whatever terms its citizens want to buy, goods and services from wherever else in the world they want to buy those goods and services. As a result, Hong Kong is very, very rich. ... it's unquestionable that the free trade that takes place within this huge transcontinental nation is a major reason for Americans' high standard of living and continued economic growth.
Related Topics: Commerce Clause, Free Trade, Hong Kong, United States
The Real "Truth About the Economy:" Have Wages Stagnated?, 31 Jan 2012
Responds to Robert Reich's video "The Truth About the Economy" (13 Jun 2011) focusing on three points: measures of inflation, benefits other than wages and distinguishing between statistics and individuals
Related Topic: Wages

Peter Goettler: ... I remember a few years ago Don Boudreaux, the economist at George Mason University on his blog Café Hayek, wrote a really good ... description of what he saw Cato's role is. Because he was commenting on the important role Cato has played over the decades of his existence. He talked about the difference between being someone who's oriented towards politics, versus someone who's oriented towards ideas and principles. He said he was an idea guy ... What Don was saying in this is that that little bit of the iceberg that sits above the water is what's politically feasible at any point in time.
Related Topics: Atlas Network, Attacks of 11 September 2001, Cato Institute, Libertarianism

The introductory paragraph uses material from the Wikipedia article "Donald J. Boudreaux" as of 13 May 2018, which is released under the Creative Commons Attribution-Share-Alike License 3.0.