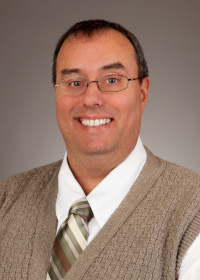 Peter Joseph Boettke (born 3 January 1960) is an American economist of the Austrian School. He is currently a University Professor of Economics and Philosophy at George Mason University; the BB&T Professor for the Study of Capitalism, Vice President for Research, and Director of the F.A. Hayek Program for Advanced Study in Philosophy, Politics, and Economics at the Mercatus Center at GMU.

Peter Boettke is Deputy Director of the James M. Buchanan Center for Political Economy and Associate Professor of Economics at George Mason University. Beginning with Vol. 11 (1999), Boettke assumed the Editorship of The Review of Austrian Economics, which is published by Kluwer. ... Boettke has lectured throughout the US and Europe to professional and general audiences, and has been interviewed in both the print and electronic media concerning his views on economic science and issues of public policy. Boettke received his PhD in economics from George Mason University and his BA in economics from Grove City College.

Peter J. Boettke is the Deputy Director of the James M. Buchanan Center for Political Economy, a Senior Research Fellow at the Mercatus Center, and a professor in the economics department at George Mason University. Boettke was born and raised in New Jersey. He received his BA in economics from Grove City College and his PhD in economics from George Mason University. ... Outside of his teaching and scholarly interests, Boettke is an avid sports fan, especially of college basketball, professional tennis, and the New York Yankees.
Peter J. Boettke - Online Library of Liberty
Includes link to a "Liberty Matters" (an online discussion forum) event led by Boettke and a book co-edited by him

A Fairy Tale of the Austrian Movement, by Joseph Salerno, Mises Daily, 25 Sep 2007
Review of Brian Doherty's Radicals for Capitalism (2007), in particular of the section in chapter 7 where Peter Boettke discusses Austrian economics

Approximately one-half of the section consists of a garbled and rambling soliloquy by Peter Boettke that runs on for more than two pages. This is not entirely Boettke's fault ... So here we have the mystery of Boettke's strange intellectual odyssey unraveled—the transformation of Boettke I to Boettke II. By critically analyzing and synthesizing the information haphazardly scattered throughout Doherty's book, one can reasonably surmise that Boettke's intellectual volte-face was a rational and deliberate response to the shift in the strategic vision of the Kochs. As the orbit of "Planet Koch" goes, so go its satellites.
Related Topics: Austrian Economics, George Mason University, Libertarianism, Ludwig von Mises, Murray N. Rothbard, Hans Sennholz

Friedrich A. Hayek (1899-1992), by Peter J. Boettke, The Freeman, Aug 1992
Lengthy biographical essay, including Hayek's criticism of Keynes and the impact of The Road to Serfdom

Friedrich A. Hayek, who died on March 23, 1992, at the age of 92, was probably the most prodigious classical liberal scholar of the 20th century. Though his 1974 Nobel Prize was in Economic Science, his scholarly endeavors extended well beyond economics. He published 130 articles and 25 books ... A great scholar is defined not so much by the answers he provides as by the questions he asks. Successive generations of scholars, intellectuals, and political activists throughout the world will long be pursuing questions that Hayek has posed.
Related Topics: Economics, Austrian Economics, Friedrich Hayek, Rule of Law, Ludwig von Mises, The Road to Serfdom, Socialism
James M. Buchanan and the Rebirth of Political Economy, Economics and its Discontents, 1998
Examines Buchanan's contributions in bursting the "romantic vision of political science," advancing subjectivism as a challenge to modern economics formalism and re-integrating moral philosophy into economics

It is somewhat odd to consider anyone who has received his profession's highest honor, the Nobel Prize, to be an outsider. Outsider status is usually reserved for those who toil in obscurity. Buchanan attended the University of Chicago, ... was named the Distinguished Fellow of the American Economic Association ... Buchanan was one of the few who ... resisted the formalist revolution and strove to fit modern economics into the classical political economy project. One can disagree ... but the scholarly enterprise he pursued demands our respect and admiration and ... most definitely our emulation.
Related Topics: Anarchism, James M. Buchanan, Economics, Free Market, Frank Knight, Politics, The State
The Story of a Movement, The Freeman, May 1995
Reflects on the growth of Austrian economics from a set of lectures in South Royalton, Vermont in June 1974 to the current spread through several scholars and institutions, and discusses a Karen Vaughn book on the school and its debates

In June of 1974 in the little town of South Royalton, Vermont, the modern resurgence of Austrian economics began. George Pearson, who had graduated from Grove City College and was then working with the Institute for Humane Studies, initiated the idea to bring together the three leading active scholars in Austrian economics ... But it turns out that Austrian economics ... provides the foundation for a humanistic, logically sound, and policy-relevant economics. In the end, that is Vaughn's conclusion and that is something all the branches of modern Austrian economics can celebrate.
Related Topics: Austrian Economics, Milton Friedman, Ludwig Lachmann, Ludwig von Mises, Murray N. Rothbard
Why Those Who Value Liberty Should Rejoice: Elinor Ostrom's Nobel Prize, The Freeman, Dec 2009
Discusses Elinor Ostrom's work and viewpoints, shortly after her being awarded the Nobel Prize in economics

Elinor Ostrom, the first woman to win the Nobel Memorial Prize in Economic Sciences, is also one of the most iconoclastic thinkers to win it. (She shared it with Oliver Williamson.) Professor Ostrom's work focuses on the mechanisms of self-governance that operate in different societies ... Supporters of FEE ... are attracted to the vision of a society of free and responsible individuals. Elinor Ostrom's research gives us a window into the diverse world of associations that do not fit neatly into the categories of "market" or "State" but nevertheless are essential to peaceful and prosperous social cooperation.
Related Topics: Democracy, Government, Private Property, Adam Smith, Society, Voluntaryism

The introductory paragraph uses material from the Wikipedia article "Peter Boettke" as of 18 May 2018, which is released under the Creative Commons Attribution-Share-Alike License 3.0.