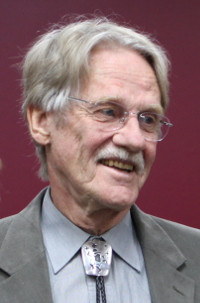 In 2002, Vernon Smith and Daniel Kahneman were awarded the Nobel Prize in economics. Smith received his prize "for having established laboratory experiments as a tool in empirical analysis, especially in the study of alternative market mechanisms." ... In his first semester ... at Purdue, in the fall of 1955, Smith found it a challenge to present basic microeconomic theory to undergraduates. So the next semester, to make the theory more accessible, he ran a market experiment on the first day of class ... Smith, himself a skeptic about how quickly such an artificial market would reach equilibrium, was stunned by the results.
Related Topic: Government

A libertarian has been awarded the 2002 Nobel Prize in economics for his pioneering work in 'experimental economics.' On October 9, the Royal Swedish Academy of Sciences chose Vernon Smith, a professor of economics and law at George Mason University in Fairfax, Virginia, to receive the award. Smith, 75, is an originator of experimental economics, a discipline that observes economic behavior in controlled laboratory conditions. Smith's selection was heralded by libertarians. '[Smith] is a champion of individual liberty and market competition,' said George Passantino, public affairs director of the Reason Foundation.
Faculty and Staff: Vernon Smith
Emeritus faculty page; includes photograph and short profile

Vernon L. Smith, Nobel Prize winner in Economics, 2002, is currently Professor of Economics and Law at George Mason University, a research scholar in the Interdisciplinary Center for Economic Science, and a Fellow of the Mercatus Center all in Arlington, VA. He received his bachelor's degree in Electrical Engineering from Cal Tech, and his Ph.D. in Economics from Harvard. He has authored or co-authored over 200 articles and books on capital theory, finance, natural resource economics and experimental economics. ... Previous faculty appointments include the University of Arizona, Purdue, Brown University and the University of Massachusetts.

Q: For all the lay people out there, can you give me a description of Smith's 'experimental economics.' What kind of thing does he do?
A: ... He gives money to the subjects in the laboratories and as soon as he gives it to them, it becomes theirs. They can walk out of the room with it. They can do whatever they want with it. It's theirs to win or lose. He creates these very creative experiments that are designed to test the assumptions and the conclusions of economics. What he's found is that markets are even more robust and adept at giving consumers value than even free-market textbooks portrayed.
Related Topics: George W. Bush, Free Market, Nobel Prize
Tackling Straw Men Is Easier than Critiquing Libertarianism, by Sheldon Richman, 5 Dec 2014
Counters John Edward Terrell's critique of libertarianism (in "Evolution and the American Myth of the Individual") using quotes from Adam Smith, Vernon Smith and Herbert Spencer

[In] Russ Roberts's EconTalk interview with Vernon Smith, the Nobel laureate who is steeped in the economics tradition of Adam Smith and F.A. Hayek ..., Vernon Smith notes enthusiastically,

[Adam Smith] says, imagine a person, a member of the species being brought up entirely isolated. ... He says that person can no more understand what it means for his mind to be deformed than for his face to be deformed. And Smith says—I'm paraphrasing—bring him into society and you give him the mirror he needed before. In other words, the looking glass in which we are able to see ourselves as others see us.

When Reason interviewed George Mason University economist Vernon L. Smith back in May, one of the first questions we put to him was, "You're always mentioned as a short-lister for the Nobel Prize in economics. What do you think of that?" The 75-year-old Smith ... responded with a hearty laugh ... Over the years, he gravitated toward a libertarian position ... "Whether we're talking about politics or economics, or even social interaction," says Smith, "the best systems maximize the freedom of the individual, subject to the constraint of others in the system."
Related Topics: Economics, Electric Power, Law, Libertarianism, Transportation

The introductory paragraph uses material from the Wikipedia article "Vernon L. Smith" as of 17 May 2018, which is released under the Creative Commons Attribution-Share-Alike License 3.0.