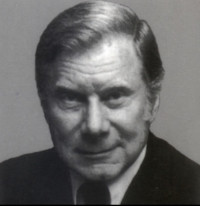 The Rev. Edmund Opitz once described Read's philosophy as:

... basically, that of the Declaration of Independence, to which he added a dash of mysticism, some hard‐​nosed free market economics, spiced by a dash of native American go‐​getter spirit. Leonard has always shunned argument and debate, preferring instead to win over his readers by striking illustrations, parables, and stories ... The methodology he stressed was based on self-improvement—let each person work on himself and present society with one improved unit.

I began to read The Freeman and have been assisted in ways too countless to enumerate by the wise, prudent, temperate, and erudite contributions of Ed Opitz ... In the days when central planning was the unquestioned course of public policy, ... there was Ed Opitz, in a plethora of articles, boldly, yet calmly, adamantly, yet with respect, indicating with the most gentle and genteel of manners, that, in point of fact, the Emperor had no clothes ... If this venerable institution on the Hudson is the mother of all free-market think tanks, then [he] is one of the patriarchs of liberty-promoting clergy.
Related Topics: Ludwig von Mises, Freedom of Religion, Socialism

Adam Smith and the Invisible Hand, The Freeman, Jun 1976
Explains mercantilism, the rationales for political power, government's proper role, Smith's "invisible hand" metaphor, his concept of "equality, liberty and justice" and how a free society allocates economic goods; from a lecture given 17 Feb 1976

We celebrate in 1976 the bicentennial of two significant events, the signing of the American Declaration of Independence, and the publication of The Wealth of Nations by Adam Smith. Smith had made a name for himself with an earlier volume entitled Theory of the Moral Sentiments, published in 1759 ... We must support the processes of freedom ... Now, neither the free economy nor its business sector can guarantee to every person full realization of his potential talents; this is a matter for individual decision. All the free society can promise is maximum and equal opportunity—and this is all the guarantee we need.
Related Topics: Eugen von Böhm-Bawerk, Thirteen Colonies, Government, Limited Government, Rule of Law, Political philosophy, Adam Smith, Society, Freedom of Speech
Leonard E. Read: A Portrait, The Freeman, Sep 1998
Memorial and biographical essay, focusing mostly on Read's life before founding FEE; written for the centennial of his birth

Leonard started out as a farm boy in the small town of Hubbardston, Michigan. There are always chores on a farm, and Leonard learned early on that time was not to be wasted. Leonard’s father died when the boy was ten. From then on Leonard shouldered the role of a responsible adult. In addition to farm chores, Leonard also clerked in the local store. ... What the freedom philosophy needed was 'a local habitation and a name.' Fifty-two years ago, in 1946, it found both in Irvington, New York. FEE has been a wellspring of ideas of liberty since its inception—and the tradition continues.
Related Topics: Frédéric Bastiat, California, United States Declaration of Independence, Foundation for Economic Education, Los Angeles, Albert Jay Nock, Leonard Read

John Chamberlain lived with the printed word most of his life. He was a reader from his earliest years and during his four years at Yale acquired a command of Western Civilization's literary treasures. John's fine literary sense developed early, along with a superb style ... John Chamberlain was a very private person; modest and unassuming. He avoided the limelight, letting his printed words–multi millions of them–speak for themselves. And they continue to speak eloquently for this gentle man, genuine scholar, great stylist, and inspiring friend.
Related Topics: Capitalism, John Chamberlain, The Freeman, Albert Jay Nock