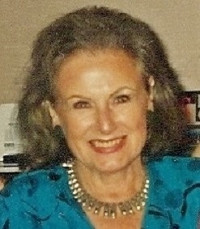 Theodora Nathalia "Tonie" Nathan (9 February 1923 – 20 March 2014) was an American political figure. She was the first woman, as well as the first Jew, to receive an electoral vote in a United States presidential election. She was the 1972 vice presidential nominee of the Libertarian Party and running mate of John Hospers, when Roger MacBride, a Republican elector from Virginia, cast the historic vote as a faithless elector.

Theodora (Tonie) Nathan was the first woman and first Jewish person to receive an electoral vote. Nathan was a radio-TV producer in Eugene, Oregon, when she attended the first presidential nominating convention of the Libertarian Party in 1972. She was selected to run for vice president with presidential candidate John Hospers. Although the ticket received only 3,671 official votes, Virginia elector Roger L. MacBride chose to vote for Hospers and Nathan, rather than Nixon and Agnew, making Nathan the first woman in American history to receive an electoral vote. Nathan ... founded the Association of Libertarian Feminists in 1973.

Advocates for Self-Government, Board of Advisors
Association of Libertarian Feminists, Founder

Pop quiz: Who was the first woman to win an electoral vote? If you guessed 1984 Democratic vice presidential candidate Geraldine Ferraro, you're not only wrong, you're off by a dozen years. In fact, it was Libertarian Party vice presidential candidate Tonie Nathan in 1972. ... In 1973, she founded and became the first president of the Association of Libertarian Feminists. It was, she said, a freedom-oriented alternative to leftist women's groups that looked to big government as a 'husband-father substitute.' ... In 1989 she became the first media relations director of the national Libertarian Party.
Libertarian Party: Campaign 2000: Presidential Campaign
Includes introduction, look back at previous presidential campaigns and basic information and links for the nominees: Harry Browne and Art Olivier

John Hospers and Theodora 'Tonie' Nathan made history when, in 1972, they were nominated as the Libertarian Party's first presidential and vice-presidential candidates. Although the Hospers-Nathan ticket only made the ballot in two states and received less than 3,000 votes, they were the first and only Libertarians to receive an electoral college vote. ... Nathan, a news reporter from Oregon, became the first woman and candidate of Jewish heritage to receive an electoral vote -- preceding Geraldine Ferraro by a decade, and Joe Lieberman by almost three.
Related Topics: David Bergland, Harry Browne, Ed Clark, John Hospers, Libertarian Party, Roger MacBride, Andre Marrou, Ron Paul
Libertarian Party: History: Presidential & Vice-Presidential Candidates

For forty years you've been defrauded by politicians who don't care how many promises they make or how much of your money they spend as long as you re-elect them. THEY are responsible for: A five trillion dollar debt our children owe. ... There is no one else to blame but the politicians who have been in charge. Tonie's opponent, Peter DeFazio, who has served five terms, is rated 'D' by the prestigious National Taxpayers United Eye on Congress. ... Republicans spend your money on their special interests and Democrats - spend your money on THEIR special interests. Let's keep OUR money for OUR special interests!
Our Campaigns - Candidate - Theodora "Tonie" Nathan
Includes photograph, biographical details and information essay, links to races and results

Tonie Nathan is a woman of many 'firsts.' In 1972 she won the nomination as the first Vice-Presidential candidate of the Libertarian Party and then went on to receive the first Electoral College vote ever awarded a woman in the history of the United States. In 1973 she founded and became the first president of the Association of Libertarian Feminists. In 1975 she became the first Libertarian on national television ... Tonie Nathan has run for public office six times and in 1980 debated Bob Packwood in a race for the U.S.Senate when, according to an Oregon statewide newspaper headline, she 'skewered her opponents.'
State Senator 21st District: Tonie Nathan Libertarian
Oregon 1998 General Election; includes photograph, occupational, educational and governmental background, and candidate statement

Total Victory: How Sweet It Is!, by Murray Rothbard, The Libertarian Forum, 1983
Lengthy account and commentary on the 1983 Libertarian Party presidential convention

In politics, whenever I hear the word "unity", to paraphrase the famous words of a German politico of the 1930's, "I reach for my revolver". For almost always, "unity" is a scam ... Indeed, one of the best statements uttered at this convention was that of Tonie Nathan (Ore.) when she announced her race for the Presidential nomination: "This used to be the party of principle. Now it is the party of 'unity'" ... As the convention opened, there were three announced candidates for the Presidency, Bergland, Ravenal, and James ("Piggi") Norwood ... At the last minute, Tonie Nathan was put in nomination.
Related Topics: David Bergland, Roy Childs, Robert A. Heinlein, Libertarian Party, Roger MacBride, David Nolan, Ron Paul, Robert W. Poole, Jr., Justin Raimondo, Earl Ravenal, Mary Ruwart

On Feminism, Willamette Valley Observer, 1977
About four years after its founding, explains what was the purpose of the Association of Libertarian Feminists; reprinted in On Libertarianism (1981) and the 25th anniversary issue of ALF News (1998)

The Association of Libertarian Feminists (ALF) was founded on Ayn Rand's birthday, February 2nd, 1973 in my home in Eugene, Oregon. The first members included men, as well as women. I felt an organization was needed to offer an alternative to other women's groups ... There is a willingness among these folk to reject establishment norms in favor of self-discovery, experimentation and creative and artistic achievement. I do not think these female entrepreneurs need the feminist movement. To a great extent, they are already "liberated" and are Libertarians.
Related Topics: Association of Libertarian Feminists, Sharon Presley, Socialism, The State

The introductory paragraph uses material from the Wikipedia article "Tonie Nathan" as of 15 May 2018, which is released under the Creative Commons Attribution-Share-Alike License 3.0.